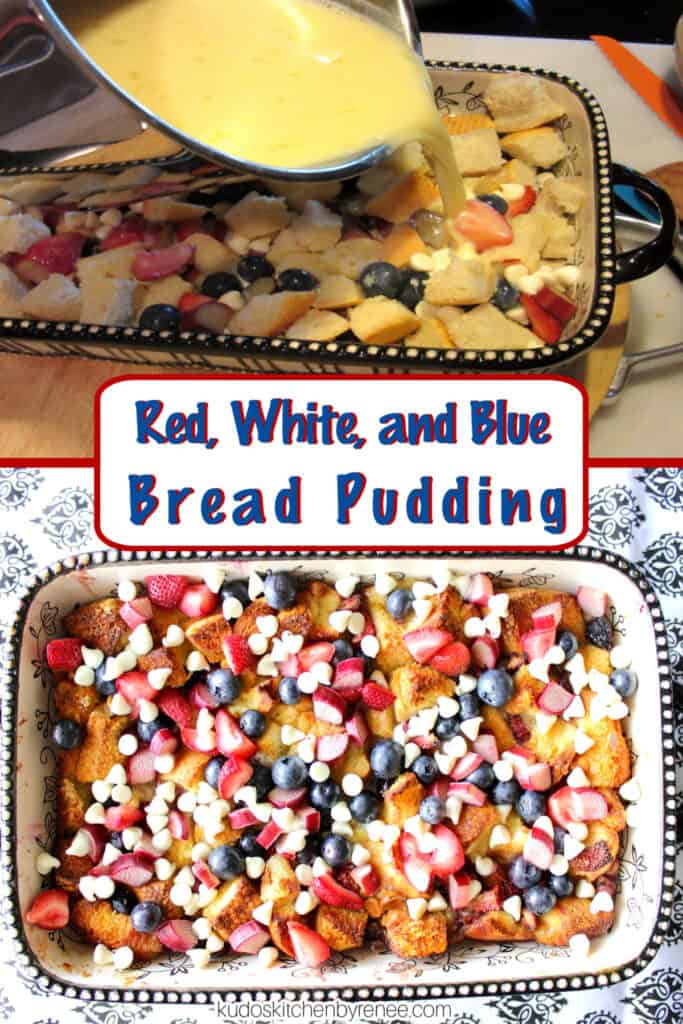 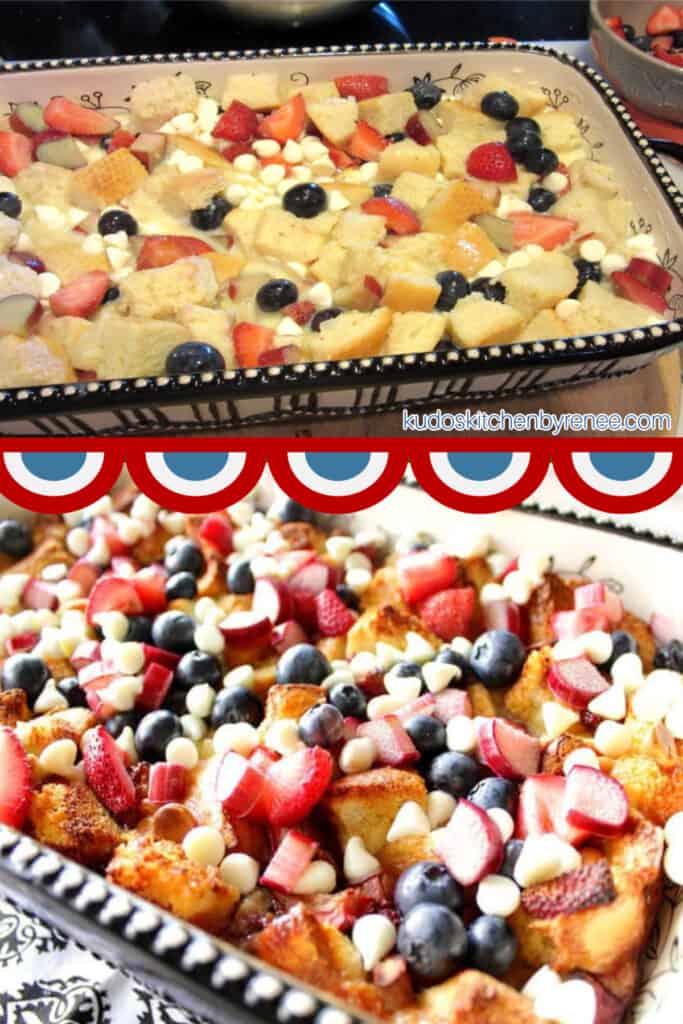 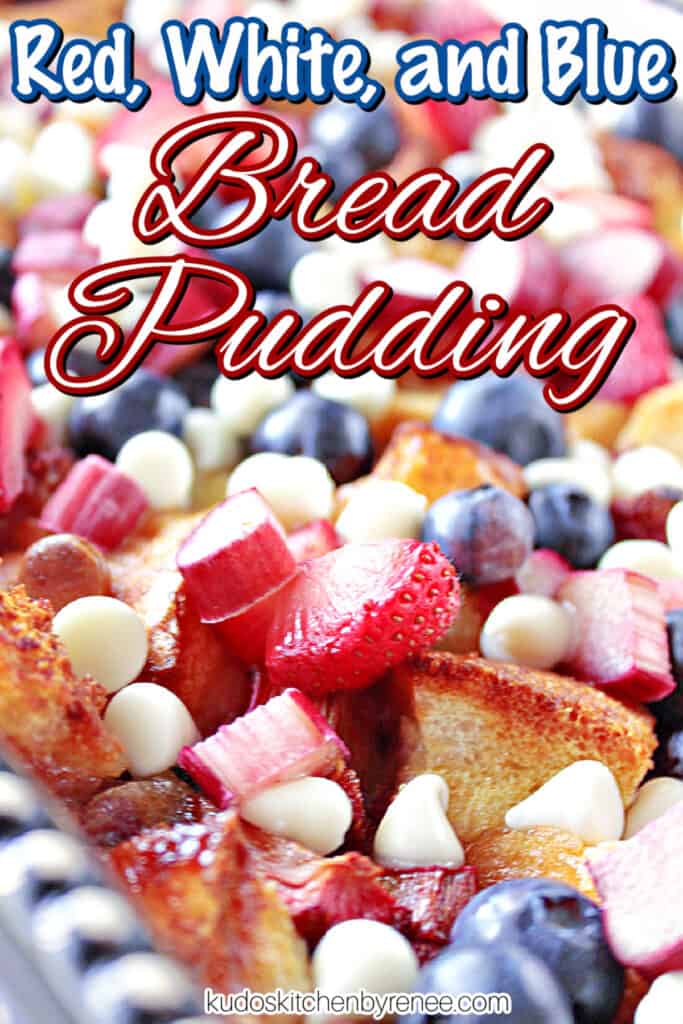 **Please Note - The printable recipe card with detailed instructions, complete ingredient measurements, and nutritional information for making Red, White, and Blue Bread Pudding is available at the end of this post. OR you can hit the "jump to recipe" button (found above) to be taken directly to the recipe.

The kitchen tools and equipment needed:

It's relatively easy to make, requires minimal kitchen skills, and it will earn you rave reviews from your family and friends.

Fresh strawberries, blueberries, rhubarb, and white chocolate are combined with bread cubes and then bathed in a rich, creamy custard sauce before baking.

When to serve red, white, and blue bread pudding?

Or, if you're hosting (or attending), a Memorial Day or 4th of July celebration this year then you definitely want to add this patriotic bread pudding with strawberries, rhubarb, and blueberries to the menu.

The effort required to make this recipe is pretty minimal. As long as you can use a serrated knife to cut the bread into cubes, and can bring milk and butter to a low simmer on the stovetop, you'll be successful in making this recipe.

What could be better?

Can this recipe be made in advance?

Make the bread pudding up until the point of baking, and then store in the refrigerator (covered) for a few hours, or overnight is best.

To bake, bring the bread pudding to room temperature for at least 45 minutes before baking and then continue baking as instructed.

Can this patriotic bread pudding be frozen?

Bake it as per the instructions and then allow it to cool completely.

Wrap well and store in the freezer for up to 2 months.

To bake from frozen, cover and bake at 350-degrees for 45 minutes.

Uncover and continue baking for an additional 15-20 minutes or until the bread pudding is heated through.

What if I don't like rhubarb? Do I have to use it?

Nope. Not at all.

Leave the rhubarb out completely, or substitute raspberries (or additional strawberries) for the same red white, and blue effect.

While these adorable red, white, and blue sugar cookies do take a little extra time to prepare, American Flag Heart Decorated Sugar Cookies are definitely worth the effort! They’re sure to be a hit at your next patriotic party or event.

Want something cold and creamy? Something that’s healthy and yet slightly decadent, too? These White Chocolate Covered Frozen Bananas are just the thing you’re craving!

When you’re feeling patriotic and you want your table to reflect your spirit, this Red, White, and Blue Recipe Roundup will come in handy.

*Red, White, and Blue Bread Pudding (shown below) THIS IS THE PLACE!!

Below is the printable recipe card along with the exact ingredient measurements and nutritional information for making today's easy and delicious berry bread pudding. 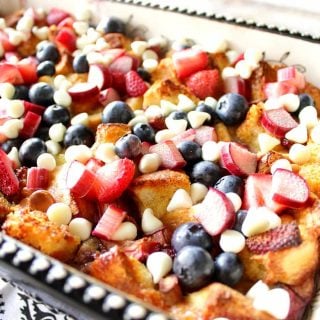 Feel free to substitute the rhubarb, or leave it out entirely, if you're not a fan.

Since the window for fresh strawberries, blueberries and rhubarb only last for a short while, I have a few other recipes that call for these superheroes of the produce department that I think you'll also enjoy.

*STRAWBERRY BREAD WITH RHUBARB AND BANANAS

I sincerely hope you've enjoyed today's recipe for patriotic bread pudding as much as I've enjoyed bringing it to you!