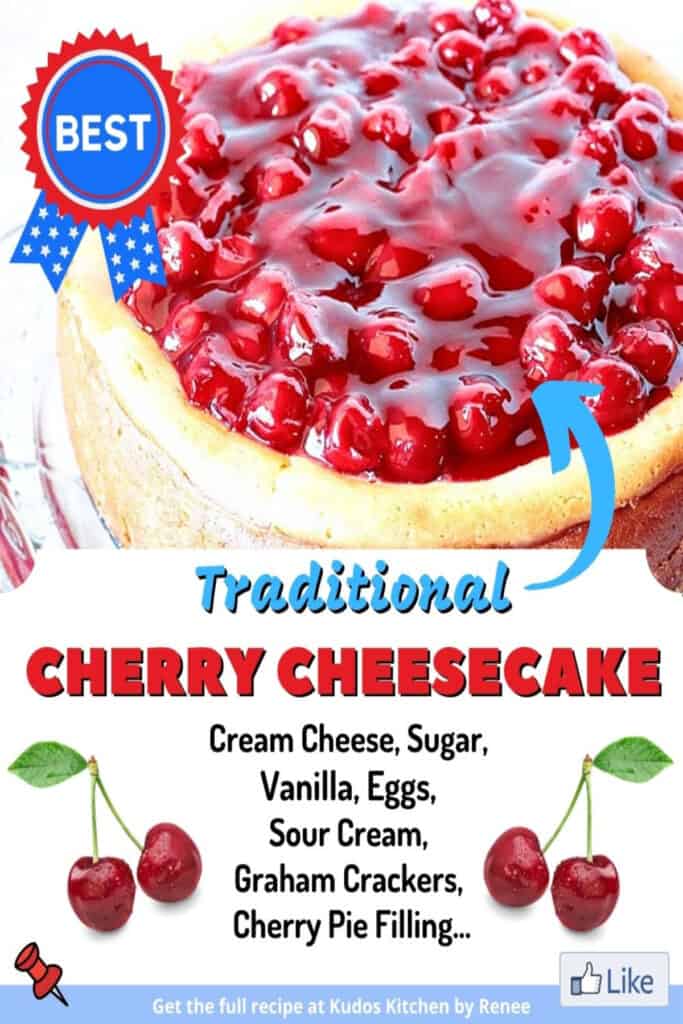 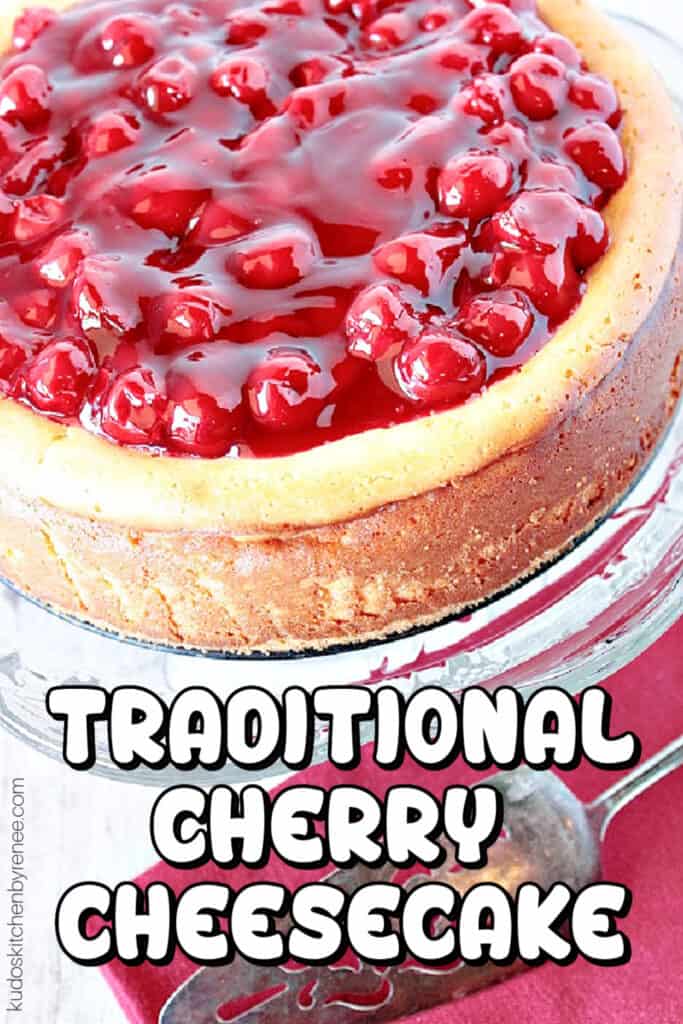 This Traditional Cherry Cheesecake is a delicious and creamy vanilla cheesecake with a tart cherry pie topping.

If you're looking for a cheesecake that's picture-perfect, then this recipe for traditional vanilla cheesecake with an easy cherry topping is just what you've been looking for!

**Please Note - The printable recipe card with detailed instructions, complete ingredient measurements, and nutritional information for making Traditional Cherry Cheesecake is available at the end of this post. OR you can hit the "jump to recipe" button (found above) to be taken directly to the recipe.

Because it has that yummy traditional cheesecake flavor and consistency.

The lemon zest adds a brightness of unexpected flavor but doesn't overwhelm the overall flavor of the vanilla cheesecake.

It's super simple to make, and because who doesn't love a cherry cheesecake?

Can other toppings be added to this cheesecake?

Feel free to make your own fruit compote or citrus curd (like this homemade orange curd).

Or, top it with your favorite flavor of canned pie filling.

My husband's favorite dessert is cherry cheesecake. He always orders it when we're out at a restaurant, and on the rare occasion that he even has room for dessert.

We're the type of people who fill up on the breadbasket even before the entrees arrive and then we're hardly even hungry for what we ordered.

Sound familiar to anyone out there? LOL

For my husband Mark's recent birthday, instead of going out to a restaurant to celebrate I cooked him a meal fit for a king.

I'm not saying that anyone had room for dessert, but afterward, I served up this Traditional Cherry Cheesecake (shown below) and everyone had a slice.

Just don't ask me where we all put it!

A menu for a special occasion:

How to make a traditional cherry cheesecake:

Check out the nifty hack (shown below) of how to cleanly slice a cheesecake:

Below is the printable recipe card along with the exact ingredient measurements and nutritional information for making today's creamy and delicious Cherry Cheesecake Recipe. 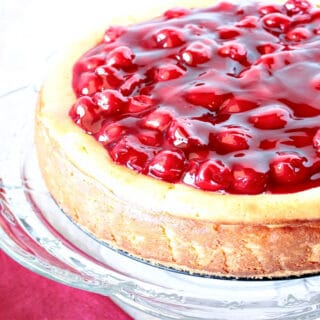 I sincerely hope you've enjoyed today's classic dessert recipe for cherry topped cheesecake as much as I've enjoyed bringing it to you!