Rosemary French Fries are double fried to make them hot and crispy on the outside, and creamy and soft on the inside. Seasoned with fresh rosemary, salt and pepper these rosemary French fries are so good you won’t be able to stop eating them. 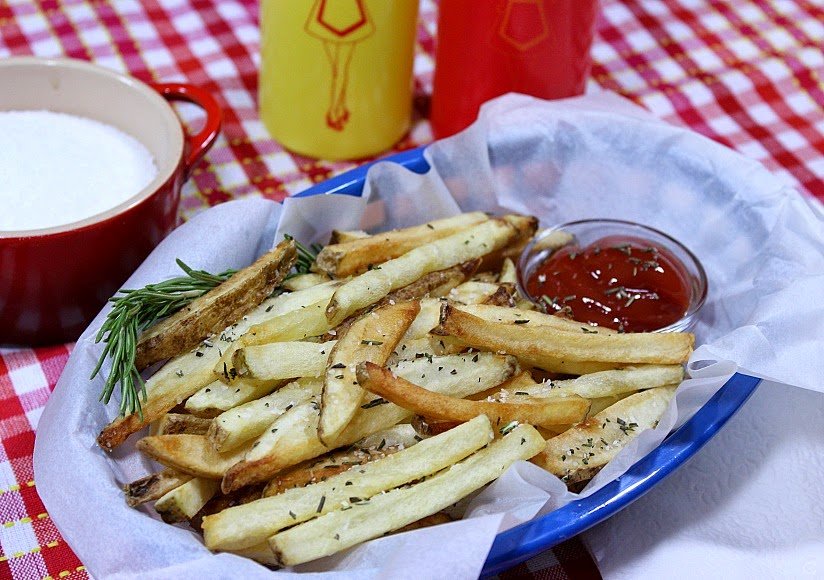 Who doesn’t love a tasty bunch of fries to accompany a burger, sandwich or hot dog? I know I do. And I could (and have) eaten them as a standalone for those times when nothing else will satisfy like a golden brown, crunchy French fry…or maybe 30 (but who’s counting)! LOL

I don’t often make my fries from scratch, but when I do I like to doctor them up with a little fresh herbs that take them to the next level of deliciousness. I also like to leave the skins on which makes them even tastier and less time consuming to make, in which case they’re called rustic 🙂

-Place the cut fries into a large bowl of water and allow them to sit for at least 15 minutes. This helps to release some of the starch from the potato. Remove the slices from the water and dry the slices thoroughly with paper towels. *Note – wet potatoes will make the oil splatter so always dry the potatoes the best you can.


-In a large deep sided pot heat about 4-5″ of oil to 375°. Use a large slotted spoon or spider to carefully lower several of the dried potato slices into the oil. Fry for about 3-4 minutes. Remove the fries from the oil with the slotted spoon and place on paper towels to drain. Repeat the same process with the remaining fries.

-Return a portion of the pre-fried fries back into the oil and fry until golden brown. Remove from the oil, drain on paper towels and immediately season them with a sprinkling of kosher salt, pepper and chopped rosemary. 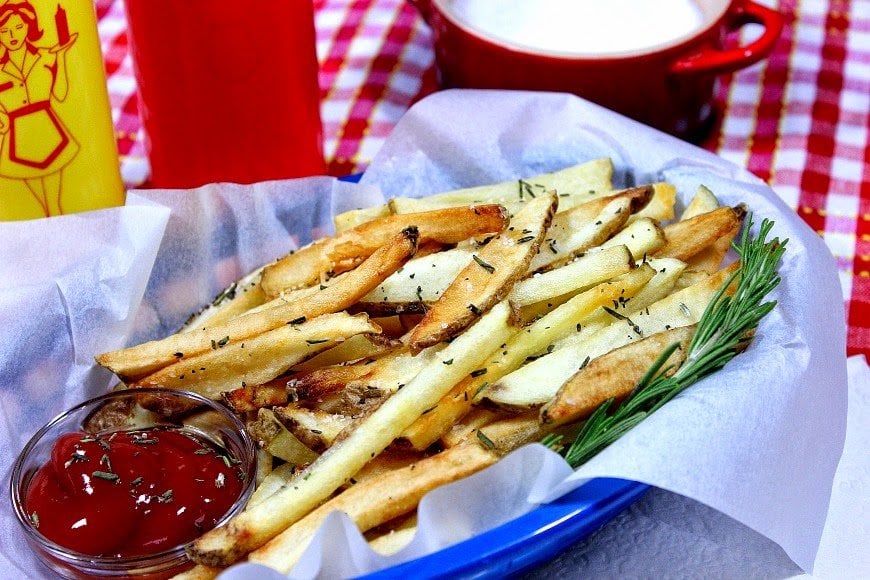 Soak the cut potato slices in water. Dry thoroughly with paper towels. Prepare the chopped rosemary and set aside. 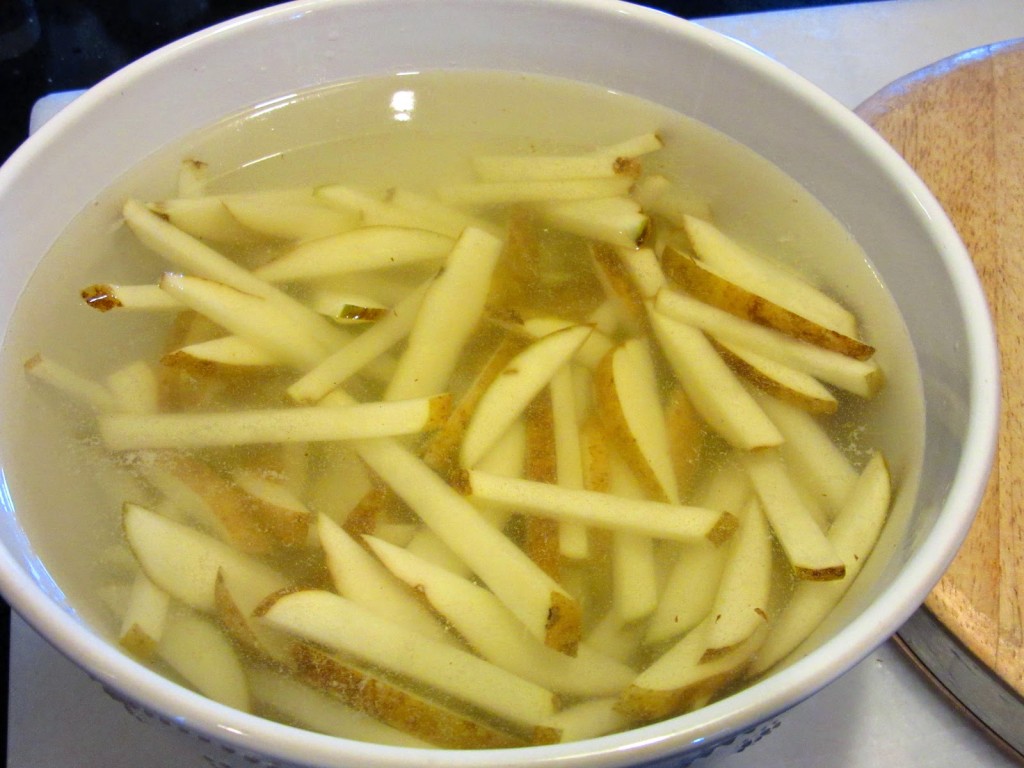 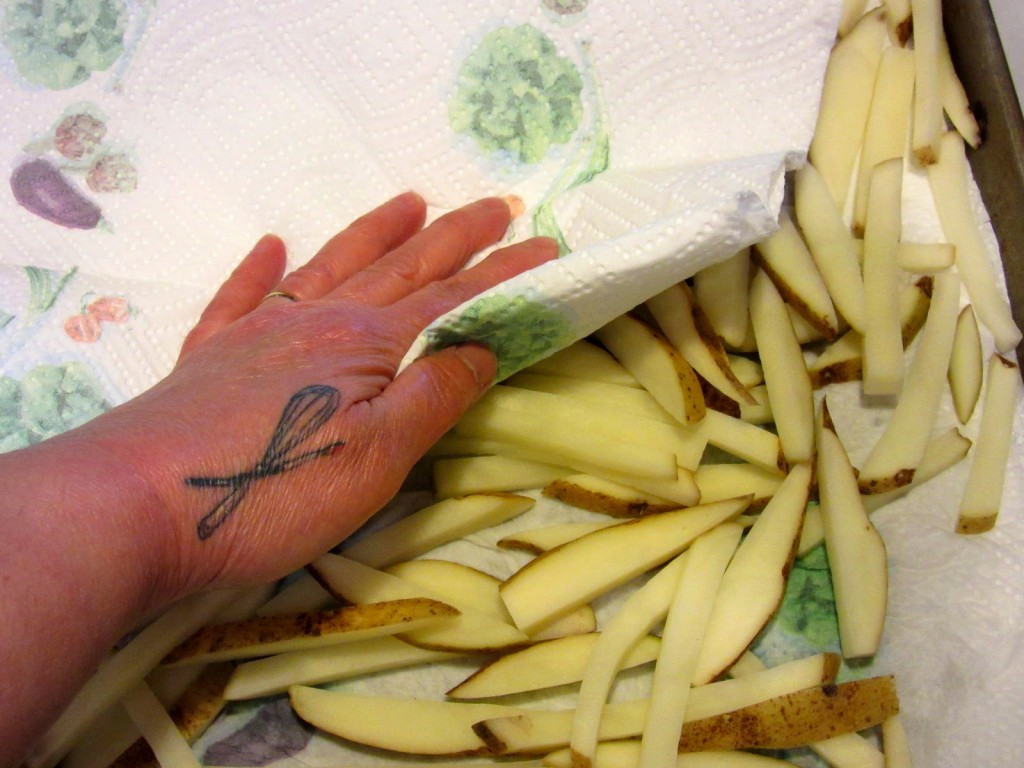 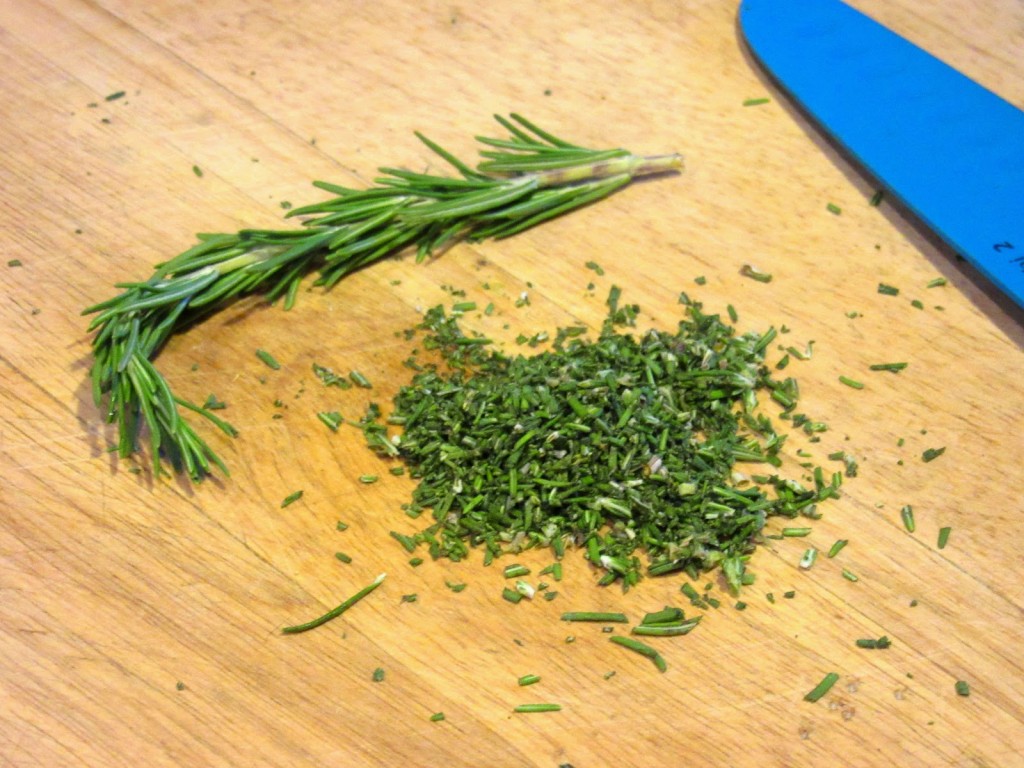 Heat 4″-5″ of peanut oil in a high sided pot to 375°. Use a slotted spoon or spider to carefully add some the dried potatoes into the heated oil. Remove the fries from the oil, drain on paper towels and continue with the remaining dried potatoes. 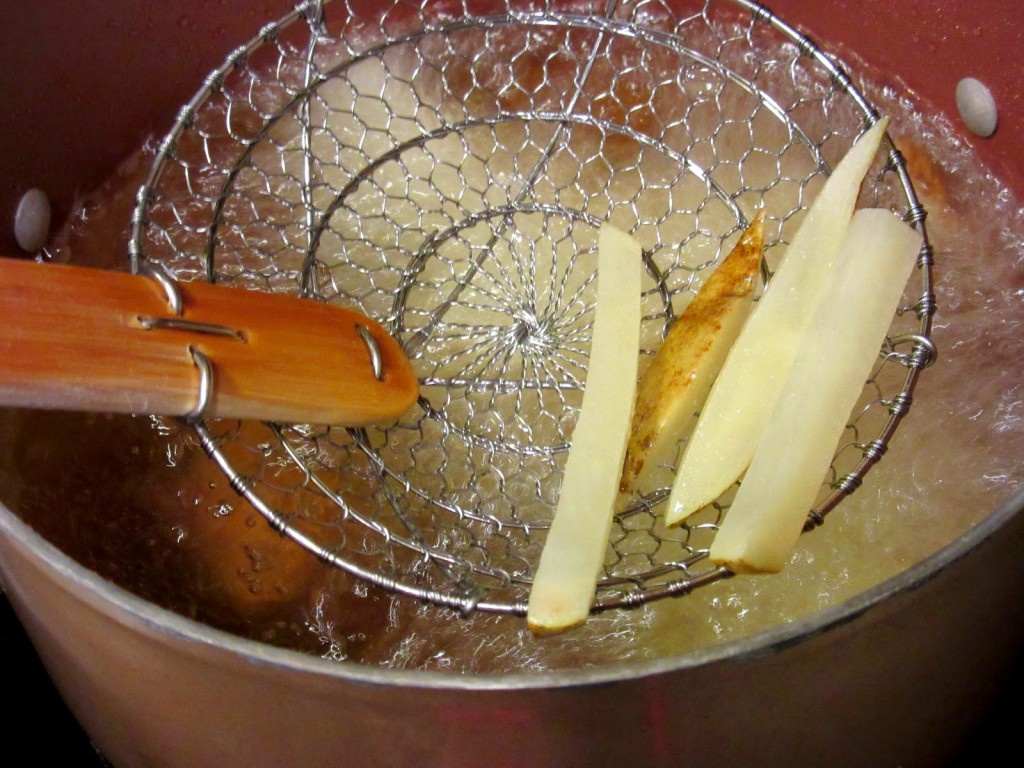 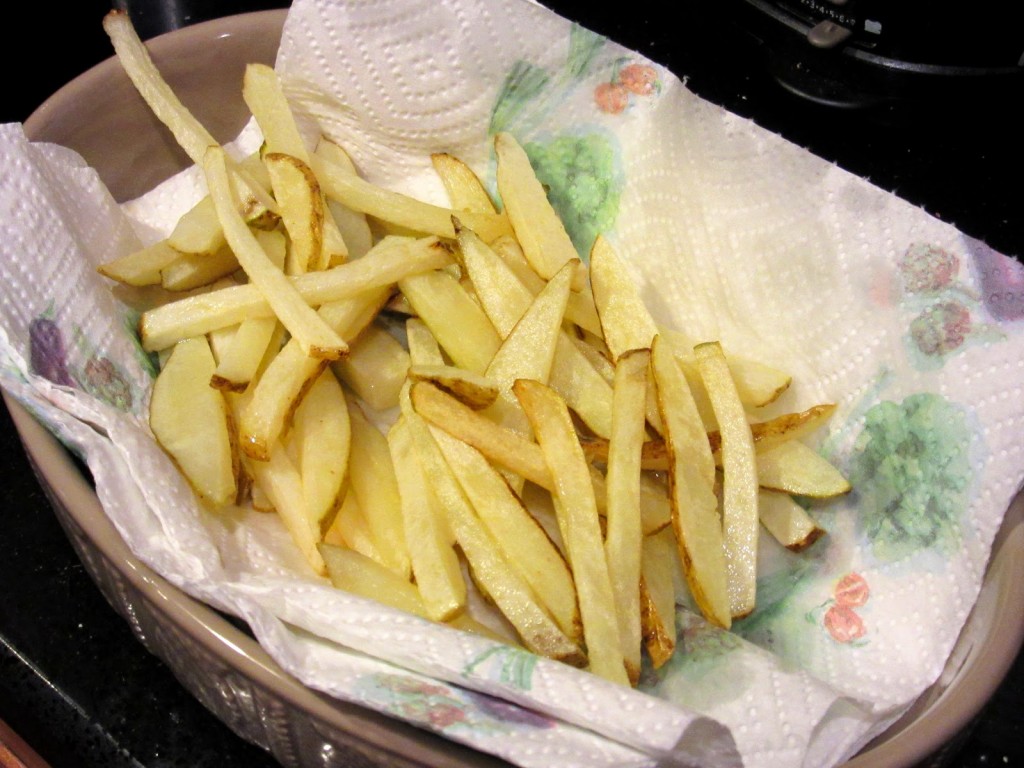 Return the partially fried fries back into the oil and fry until golden brown. Remove from the oil, drain on paper towels and immediately season with salt, pepper and rosemary. 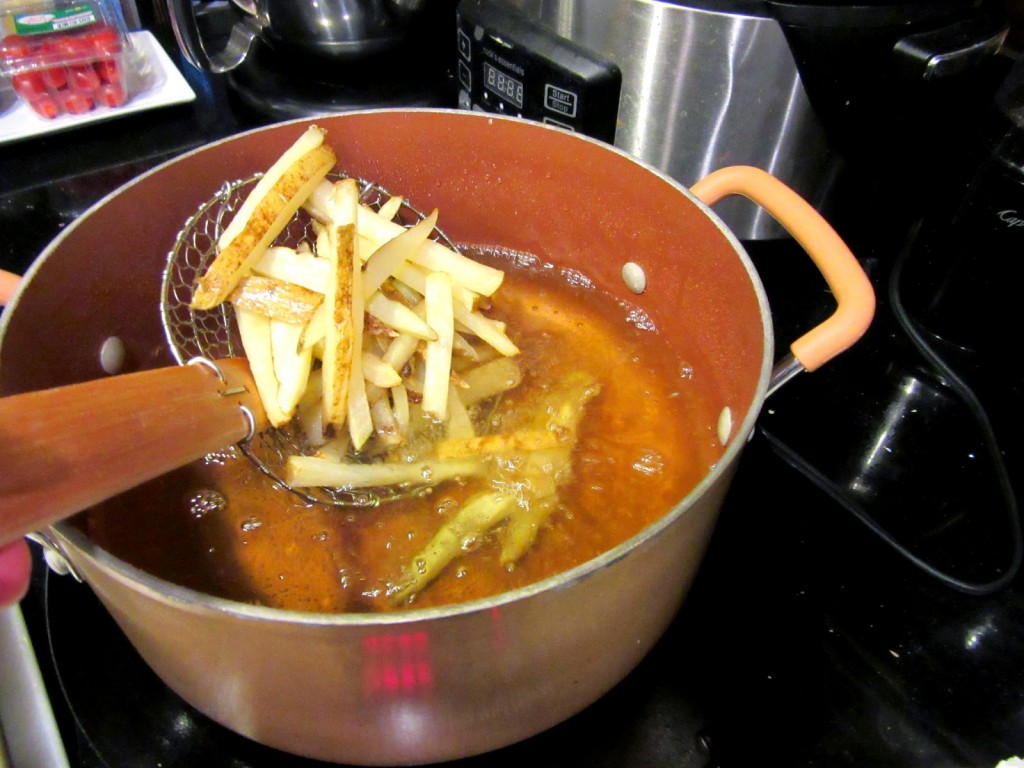 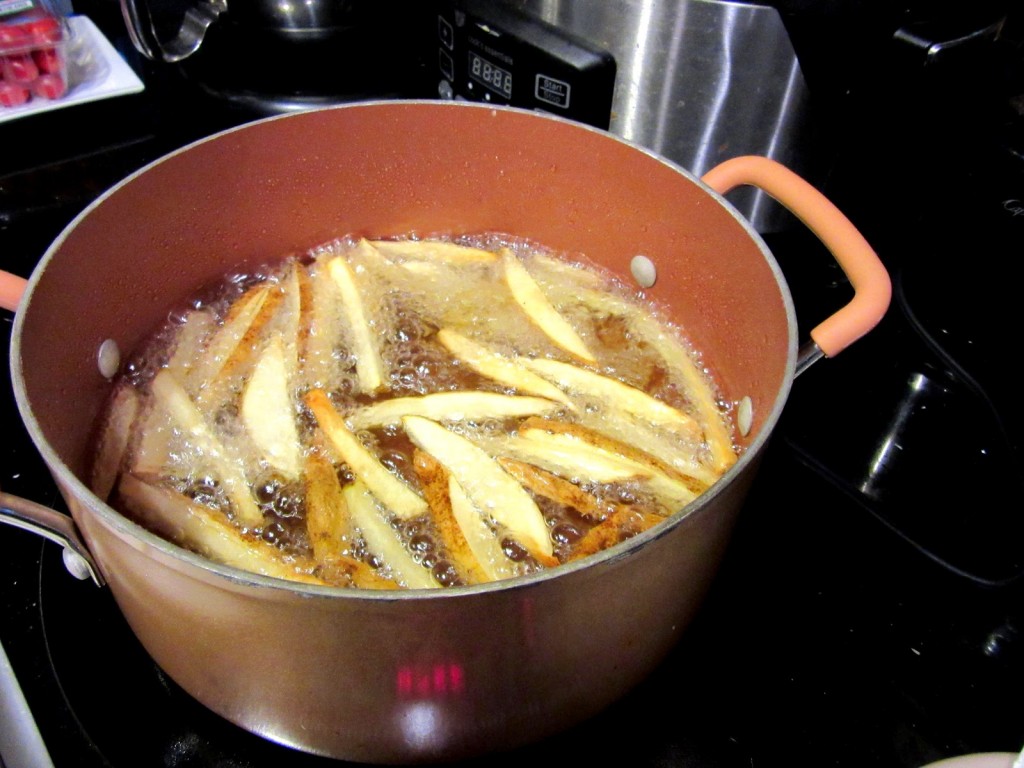 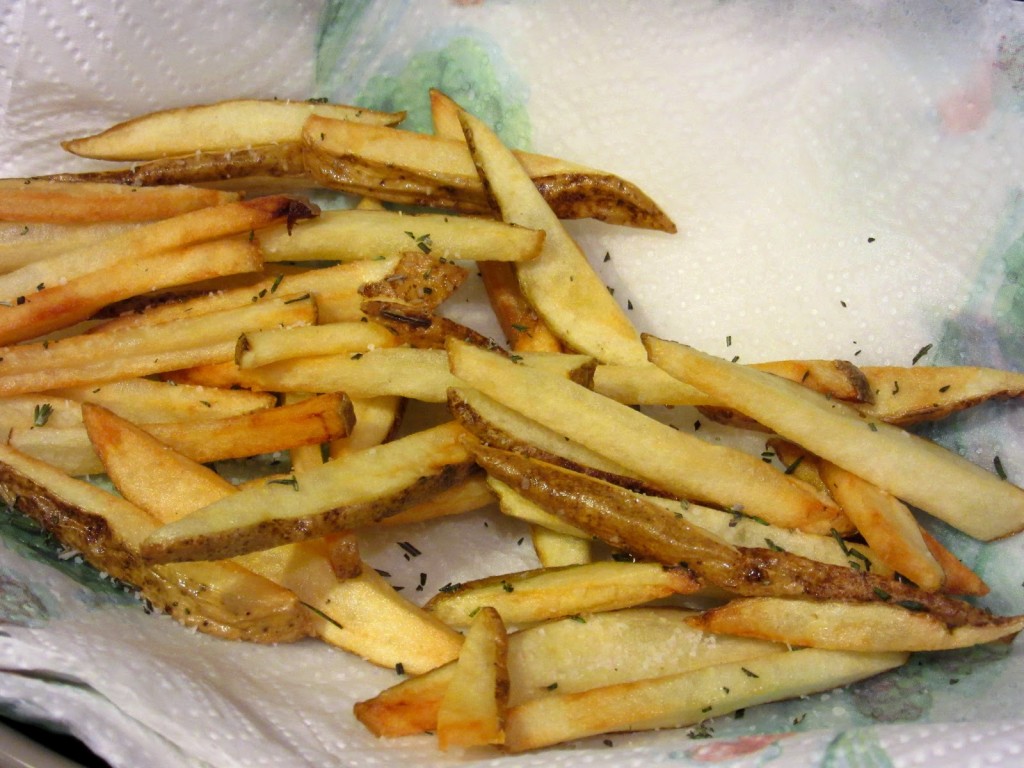 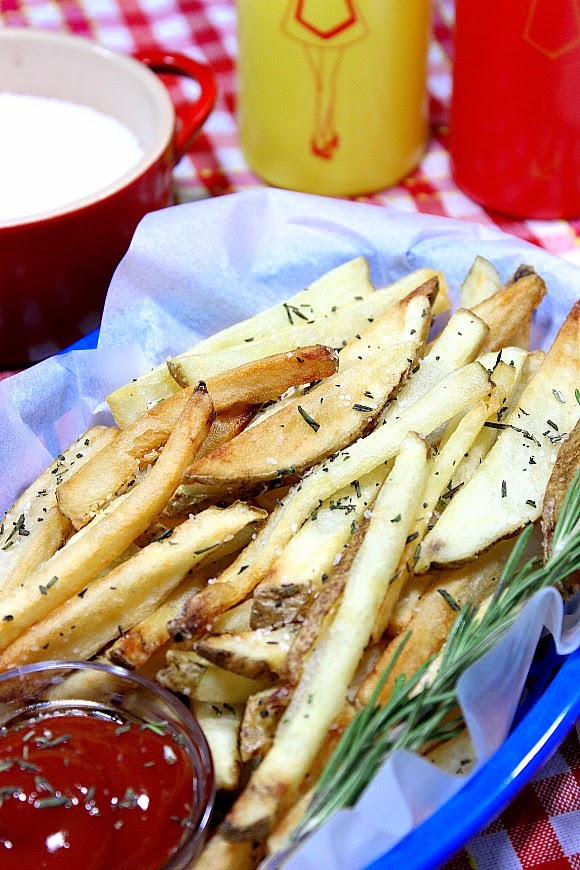 Please take note, when making Rosemary French Fries you are in no way limited to Idaho potatoes. I’m super excited to use sweet potatoes the next time I have a taste for homemade French fries, and I think that the woodsy rosemary will be a nice compliment to their sweetness. Speaking of sweetness…