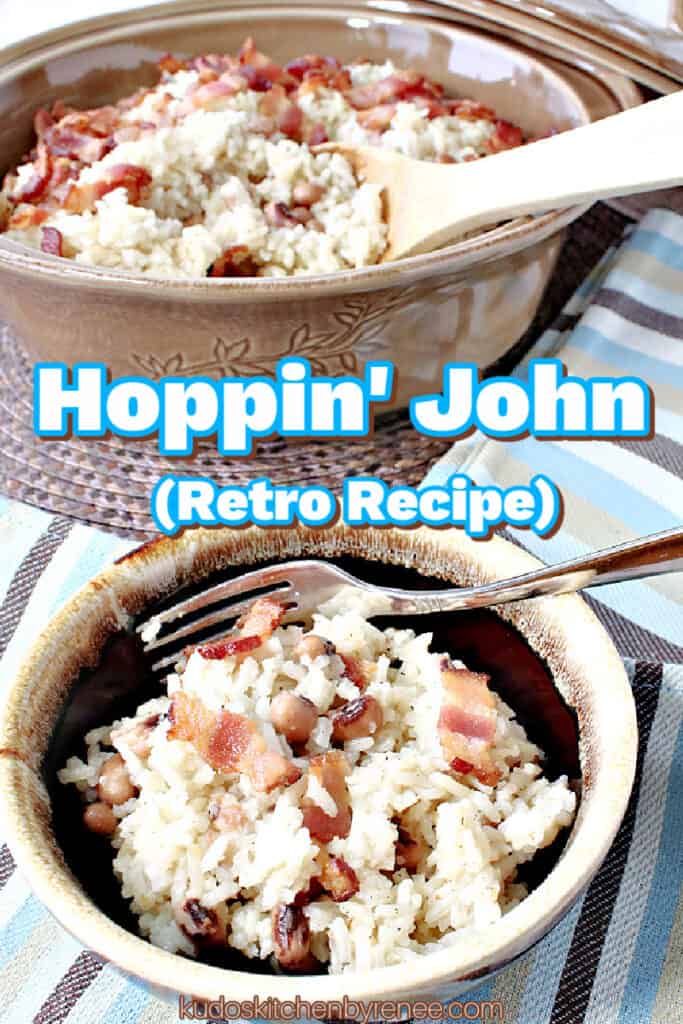 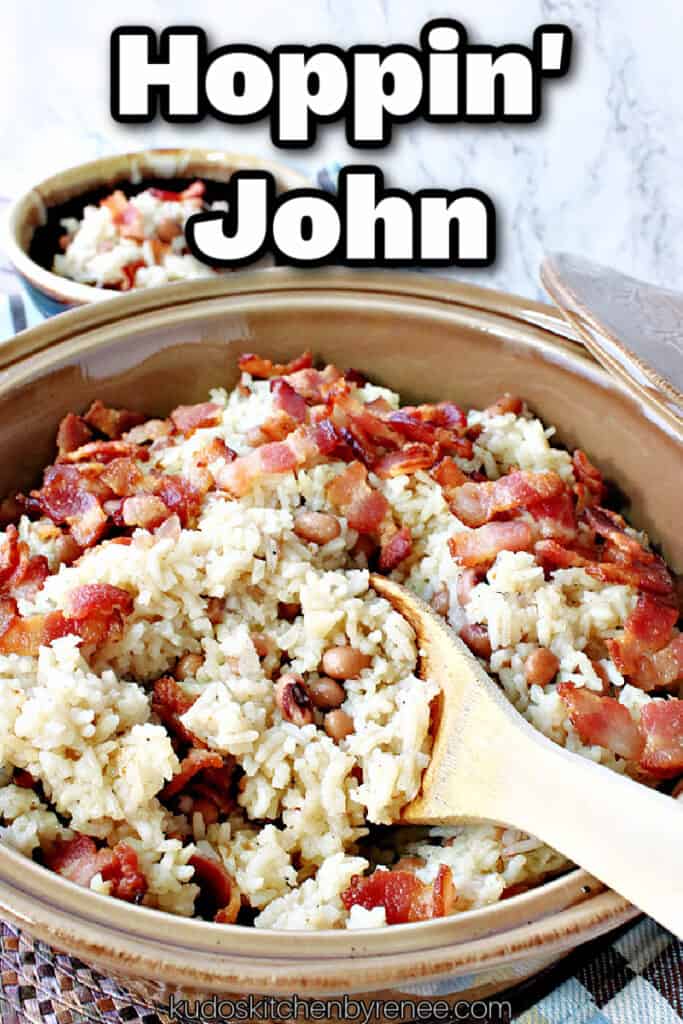 I'm kicking off my brand new retro recipes category with this recipe for Hoppin' John that dates back to the 1800s.

Hoppin' John is a delicious and hearty dish made with black-eyed peas, rice, and bacon and is traditionally served for New Year's celebrations.

**Please Note - The printable recipe card with detailed instructions, complete ingredient measurements, and nutritional information for making Hoppin' John is available at the end of this post. OR you can hit the "jump to recipe" button (found above) to be taken directly to the recipe.

How this Kudos Kitchen version of Hoppin' John came to be:

I acquired many of my mother-in-law's old cookbooks after she'd passed away.

While it may have taken me many years to finally decide to use (and cook) from them, this is the first "official" retro recipe I've decided to post.

This Hoppin' John recipe comes from the "regional favorites" chapter from the cookbook named The Complete Family Cookbook, published in January of 1970, and found on page 403.

While The Complete Family Cookbook (found at the Amazon affiliate link above) is now considered a collector's item, let me assure you that my copy surely is not, with its ripped-off cover, and many stained and dog-eared pages.

However, to me, my copy is priceless because it was well used and well-loved. And it comes from my mother-in-law's kitchen where she fixed many meals for her big family of ten.

Even though I'm following the original recipe somewhat closely, I also needed to put my thumbprint and updated spin on the classic.

Since I had chicken broth in my refrigerator, and also some chopped scallions that I needed to use before they went bad, I cooked the rice in the chicken broth and topped the Hoppin' John with scallions (seen in some of the photos) as a garnish for a little bit of extra color, and flavor.

Other than those two changes, the recipe remains pretty much the same (except for quantities).

How did Hoppin' John get its name?

The one I like best is that the children used to all hop around the table when it was time to eat this dish because they were all so excited.

I have a feeling it's not the most accurate, but that's the one I'm going with.

Where did this bean and rice dish originate?

The first written recipe for Hoppin' John appeared in a cookbook named The Carolina Housewife written back in 1847. The link listed here is for a hardcover facsimile of the original.

Why are black-eyed peas said to be good luck?

Southern history tells it that black-eyed peas represent coins. So by eating them on New Year's Day you'll be bringing good fortune into your life for the entire year.

For more fun facts about Hoppin' John check out the following:

How to make Hoppin' John:

*Grated Sweet Potato Pudding (shown below, and showcased in the featured video).

Old-Fashioned Grated Sweet Potato Pudding tastes a little like a pumpkin, or sweet potato pie, with the full-bodied flavors of molasses, cinnamon, and freshly grated nutmeg. It’s a rustic dessert that is easy to make using simple ingredients and requires no fancy equipment.

This vintage cookie recipe dates back to the 1930s. Vintage Rocks Cookies are fast and easy to make and don’t require any special equipment. A large bowl and a spoon will work wonderfully well. After all, if it was good enough for grandma…

*Hoppin' John (shown below) THIS IS THE PLACE!!

Below is the printable recipe card along with the exact ingredient measurements and nutritional information for making today's super simple Southern-born rice and beans dish of Hoppin' John. 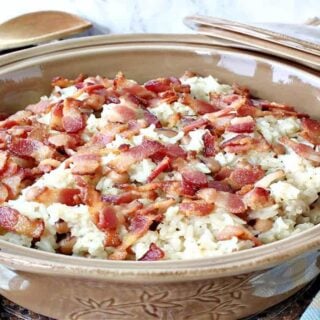 Serving: 1
Tried this recipe?Let us know how it was!

I sincerely hope you've enjoyed today's retro recipe for Southern beans and rice as much as I've enjoyed bringing it to you!!