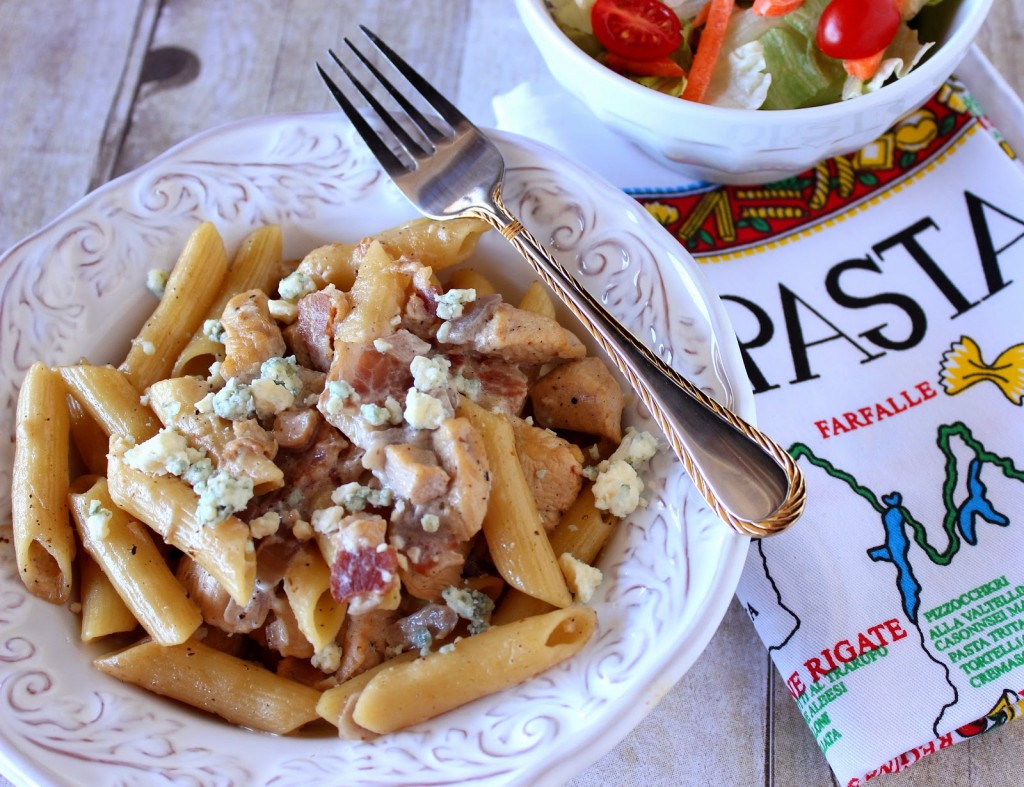 This is one of those dishes, where after you have it, you’ll be dreaming about it over and over until you have it again. Yup. It’s that good! Chicken Penne Pasta with Bacon and Blue Cheese is now one of my new favorite dinners, and I’ll bet it will soon be one of yours too. 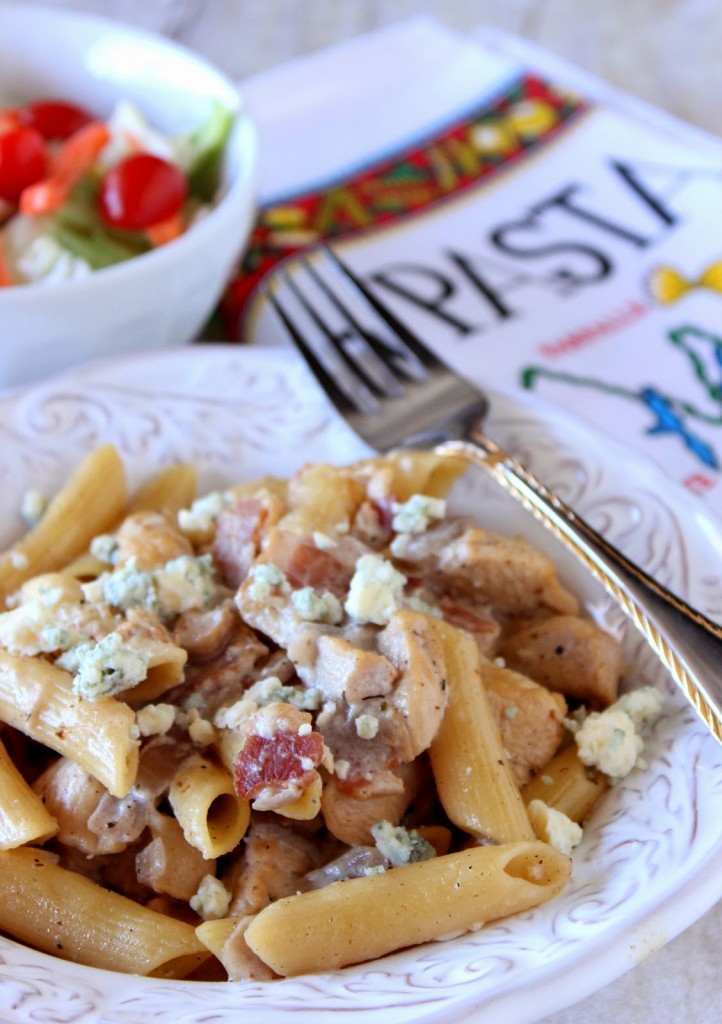 Nine times out of ten when we go out to a restaurant to eat, I’ll order some sort of pasta dish. If you ask either one of my boys what their mom would choose off a restaurant menu they’ll tell you: “Pasta…most likely with chicken”. I guess then it’s no surprise why I LOVE this recipe so very much! And of course the addition of bacon and blue cheese can only take this recipe completely over the top into mind blowing deliciousness!!!

-Cook pasta according to package directions, except decrease the cooking time by 4 minutes. Drain and keep warm.
-In a large skillet over medium heat cook the bacon until medium crisp.
-Remove cooked to a paper towel lined plate to drain.
-Remove all but 1 tablespoon of the bacon grease from the skillet.
-In the same large skillet, brown the chicken over medium/high heat in the 1 tablespoon bacon grease.
-Remove the browned chicken to the same plate with the bacon.
-Lower the skillet heat to medium and saute the onion and garlic for approximately 3 minutes, stirring occasionally.
-Add the browned chicken and bacon back into the skillet.
-Stir in the chicken broth and dried sage making sure to scrape up the browned bits from the bottom of the skillet.
-Reduce the heat to low, stir in the wine and half-and-half. Cook on low for about 5-7 minutes.
-Stir in the cooked pasta and blue cheese.
-Cover, turn off the heat, and allow it to sit for approximately 5 minutes.
-Serve with additional blue cheese on top and enjoy! 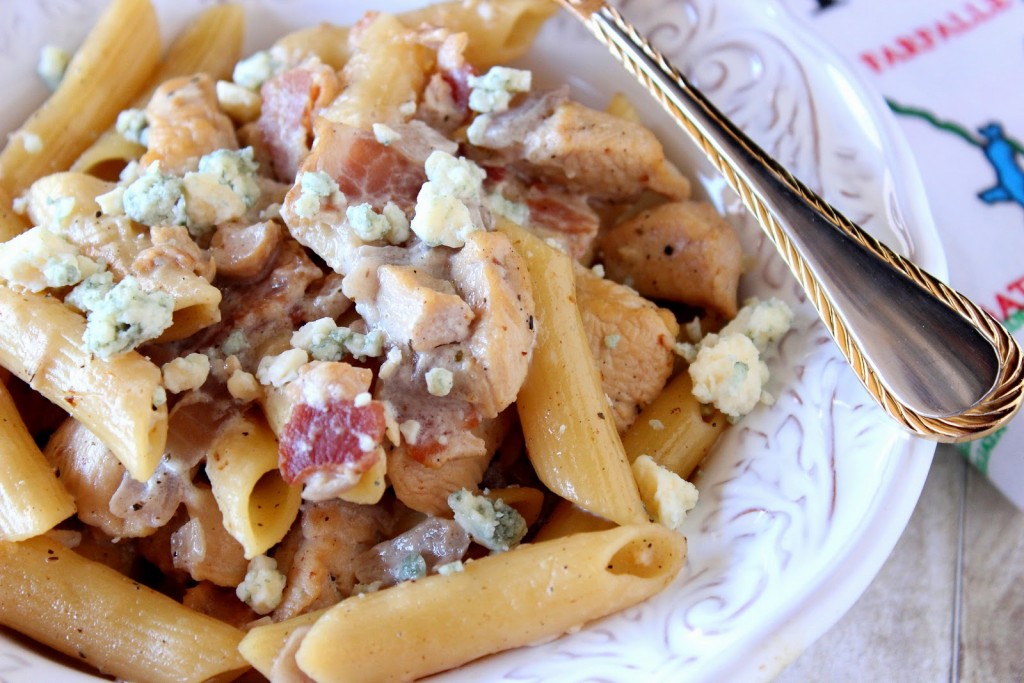 I recommend a nice glass (or two) of wine while you enjoy this pasta in front of your favorite reality show. HaHa! Not really (the reality show part), but it was a good way to introduce you to this design that I just completed today for a customer.