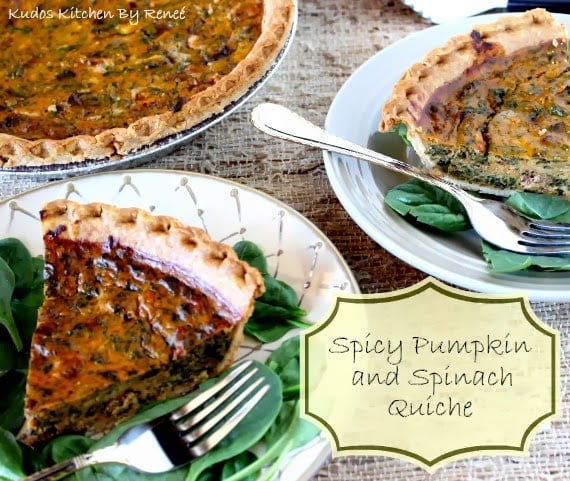 Another month has rolled by and its yet again time for another installment of Secret Recipe Club (#SRC for short).

This month I was assigned to the blog Cooking Whims and its talented author, cook and baker, Megan. Megan is a up and coming young blogger who originally started her blog in 2009. At it's original conception Megan's blog was called Baking Whims because she was a member of a baking group with a bunch of friends. Over time as Megan became more comfortable in the world of savory cooking, Megan changed her blogs name to Cooking Whims and the rest is history 🙂 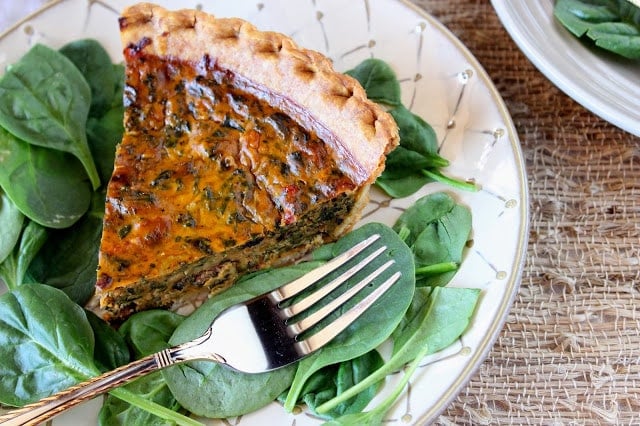 I chose Megan's recipe for Pumpkin and Spinach Quiche and adapted it ever so slightly with the addition of bacon (everything is better with bacon) and a dash of nutmeg. Other than that, the recipe remains just as Megan had intended.

-Preheat oven to 350 degrees
-In a large skillet, cook the bacon until just shy of crisp. Add in the onion and saute until translucent. Cool.
-In a large bowl, whisk together the eggs, milk, garlic powder, dill weed, red pepper flakes, salt and pepper.
-Add in the spinach, pumpkin, sriracha, cheese and the cooled bacon and onion mixture.
-Pour into the pie crust and bake for 60 minutes or until the middle is completely set.
-Allow to cool slightly and serve warm. 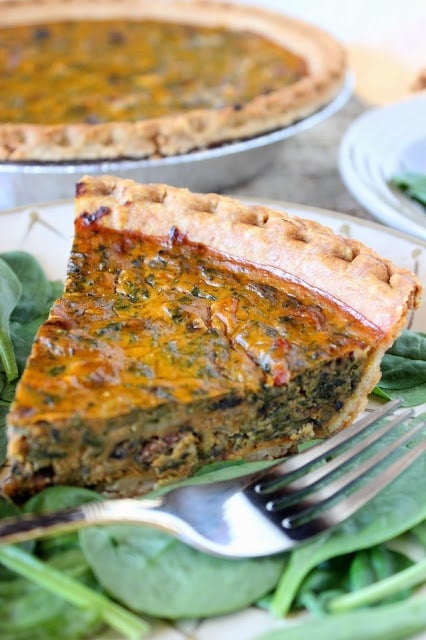 To check out all the other fabulous recipes that the lovely and talented group D members of the #SRC have in store for you this month, check out the links below....