Comforting and extra delicious! This super easy and creamy Banana Coconut Pudding for the slow cooker will be your new favorite dessert!

Slow cooker banana coconut pudding is comfort food for the soul, and it's a dessert you'll want to add to your list of recipes to make, ASAP!

**Please Note - The printable recipe card with detailed instructions, complete ingredient measurements, and nutritional information for making Slow Cooker Banana Coconut Pudding is available at the end of this post.

I don't make a lot of slow cooker desserts because I usually reserve my slow cooker for savory dishes.

However, the few I have made are really good. I hope you'll check them out if you're looking to step out of the slow cooker rut as I did. 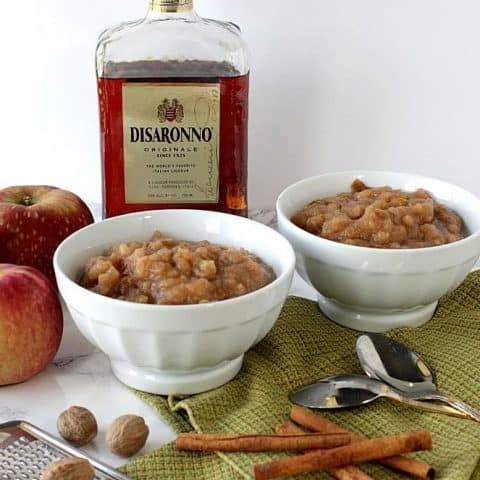 Not your grandma's applesauce. This one is kicked up a notch with pears, nutmeg and amaretto.

It's a blackberry fruit strata for the slow cooker with cream cheese and maple syrup. 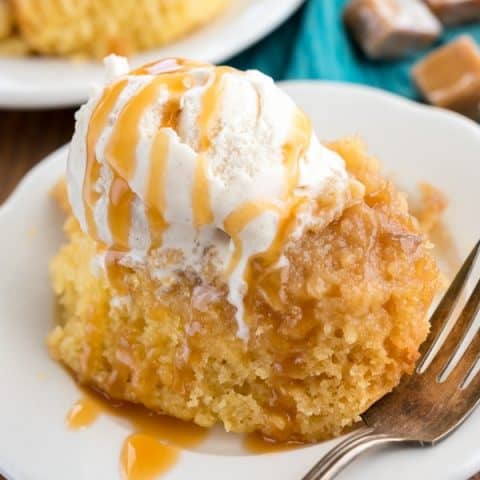 Because, why wouldn’t you make a Slow Cooker Caramel Cake? It’s kind of a no-brainer, if you ask me. 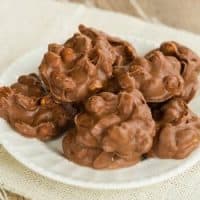 Melted dhocolate, peanuts, and a super easy recipe. What more could you want to a slow cooker dessert recipe.

This slow cooker banana coconut pudding is basically a dump and stir recipe, as most slow cooker recipes are (in my opinion). That's what makes them so apPEELing (sorry, banana humor), and non-threatening.

Honestly, the only thing you really need to do to make this pudding a standout is to toast the coconut in a dry skillet to bring out its coconutty flavor before adding it into the cooker with all the other ingredients.

Adding the pinch of salt is also important. It may seem like a tiny amount (and it is), but even a tiny amount of salt can help bring out the flavor and sweetness in any kind of dessert. Salt is always a key ingredient in both sweet and savory dishes. Please do not omit it.

WARNING: this slow cooker banana coconut pudding is SO GOOD, you may be tempted to eat it right out of the cooker, warm, with a spoon. Not that I'd know anything about that! 😉

Please also note, this pudding will thicken in the refrigerator as it cools... IF it even gets that far! LOL

How to make banana coconut pudding in a slow cooker:

How to toast coconut in a skillet:

Toasting coconut is easy to do on the stovetop.

Add the flaked coconut to a dry skillet and cook, stirring frequently, over medium/low heat.

The coconut will brown quickly so don't walk away from the stovetop while toasting coconut, or you'll go from toasted to burnt in the blink of an eye.

Can I use a slow cooker that is larger than 4-Quarts to make this recipe?

If you don't have a small slow cooker (4 quarts), you can definitely use a larger slow cooker but you'll need to cut down your cooking time by half, which isn't necessarily a bad thing OR double the recipe and make more pudding!

Below is the printable recipe card for today’s Banana Coconut Pudding for the Slow Cooker.

If you’ve enjoyed this recipe and look forward to making it (or have already made it), I’d appreciate if you’d take a moment to give it some feedback by way of stars near the comment section at the end of this post. Thank you so much! 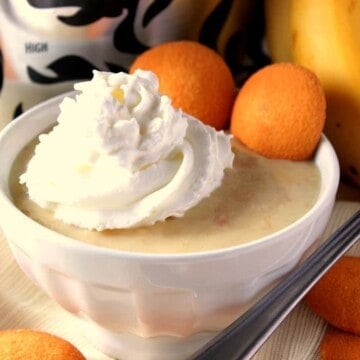 I sincerely hope you've enjoyed today's recipe for Slow Cooker Banana Coconut Pudding as much as I've enjoyed bringing it to you!