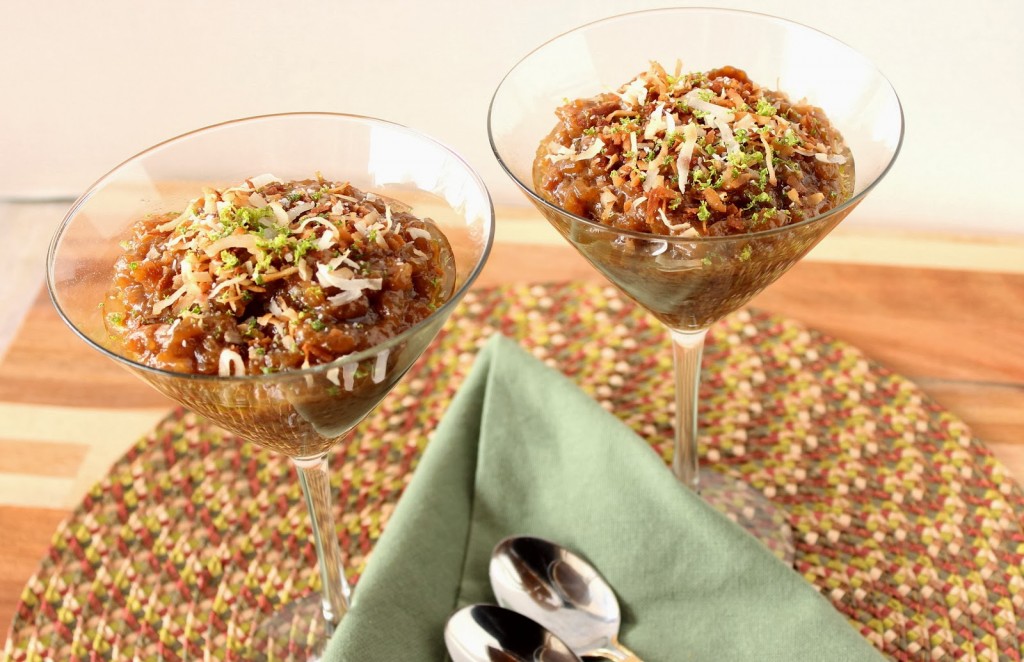 The recipe I’m sharing with you today for Caramelized Rice Pudding with Coconut and Lime will most likely completely change your thinking about traditional rice pudding.

I’ve been wanting to make rice pudding for quite some time, so in order to use up some coconut milk I had in my fridge I decided to go with the flavors of coconut and lime.

The recipe I used, and highly adapted, was one from days gone by TV chef, and host Jeff Smith – The Frugal Gourmet, and from his cookbook The Frugal Gourmet Cooks American. I know that The Frugal Gourmet met with much scandal in the later part of his life, and it’s always saddened me a great deal. However, as a young girl I always enjoyed my Saturday afternoons in front of the TV watching him, Julia Child, and Yan Can Cook for hours on end. They are, without a doubt, the ones who spurred on my insatiable interest in food and cooking, and encouraged the hunger I have for challenging myself in the kitchen. For that, I am forever grateful (and the rest I just won’t think about)! 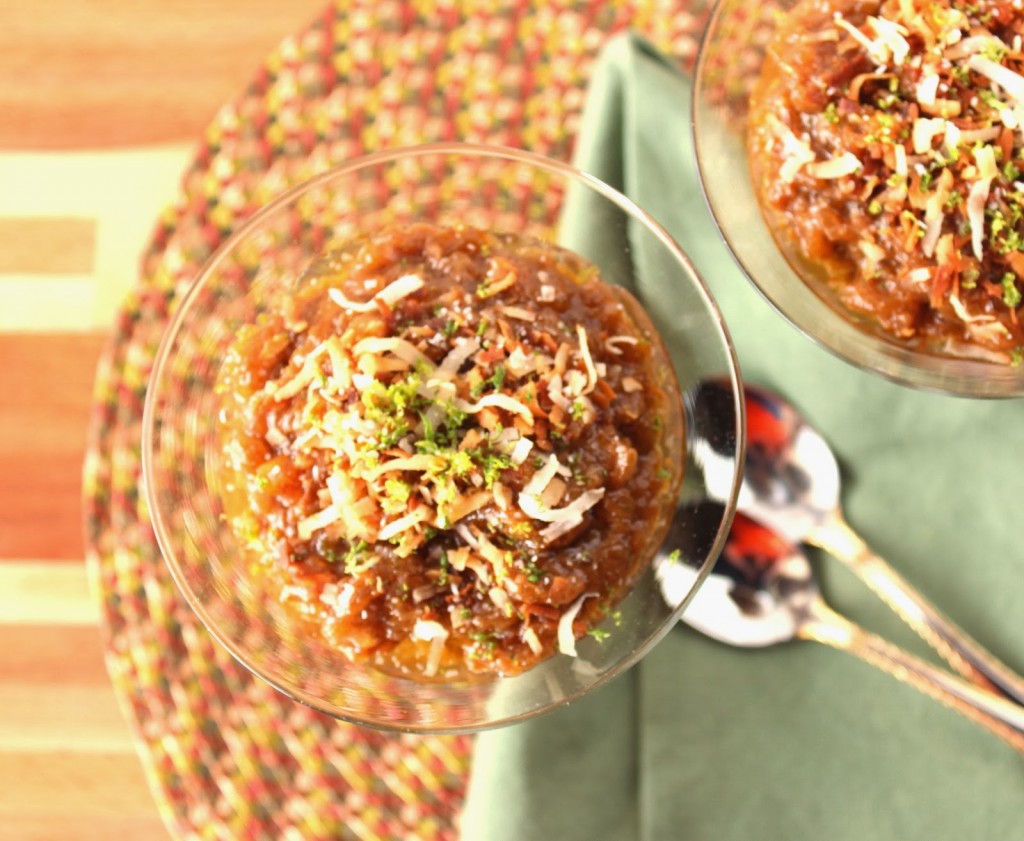 The first thing you’ll notice about my Caramelized Sticky Rice Pudding with Coconut and Lime is the deep, rich caramelized color. It’s not the creamy white that is usually associated with traditional rice pudding. The reason for that is that I used coconut palm sugar instead of the granulated sugar that was originally called for in Jeff Smith’s recipe. The second thing you’ll probably notice is the consistency. This pudding is a little thicker that what you’re probably used to, and not as creamy and ‘pudding like’. That comes from me using Thai sweet sticky rice in place of the long grain rice. See? I told you I like to challenge myself in the kitchen 🙂 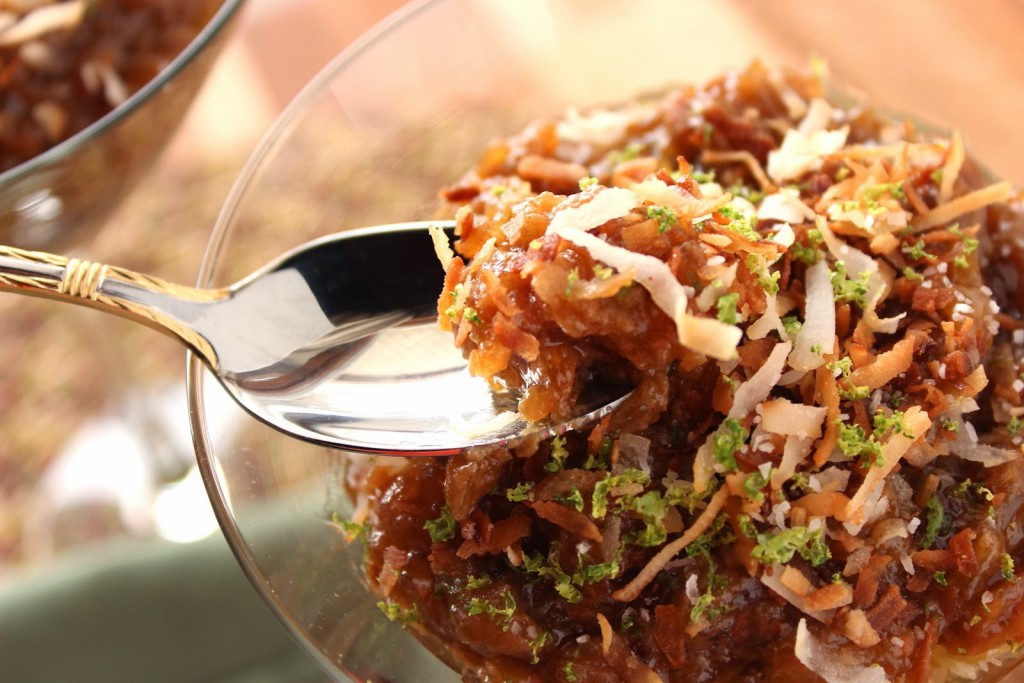 *Note – For those of you who don’t have Thai stick rice or coconut palm sugar in your pantry (and I suspect that will be most of you), when it comes to those items in the recipe, please feel free to substitute regular long-grain white rice and white granulated sugar for those items. The difference will be huge as far as color and consistency, but the flavor will be spot on! I promise.

-Preheat oven to 300 degrees.
-In a medium saucepan over medium heat, combine the first 8 ingredients (minus the lime zest for garnish) and bring to a simmer, stirring occasionally.
-Carefully pour the contents into a 3 quart baking dish (sprayed with baking spray) and cover.
-Bake in the preheated oven for 2 1/2 hours without disturbing or stirring.
-Allow to cool at least on hour or to cool completely and chill.
-To serve, spoon the pudding into bowls, and garnish with a bit of toasted coconut and grated lime zest. 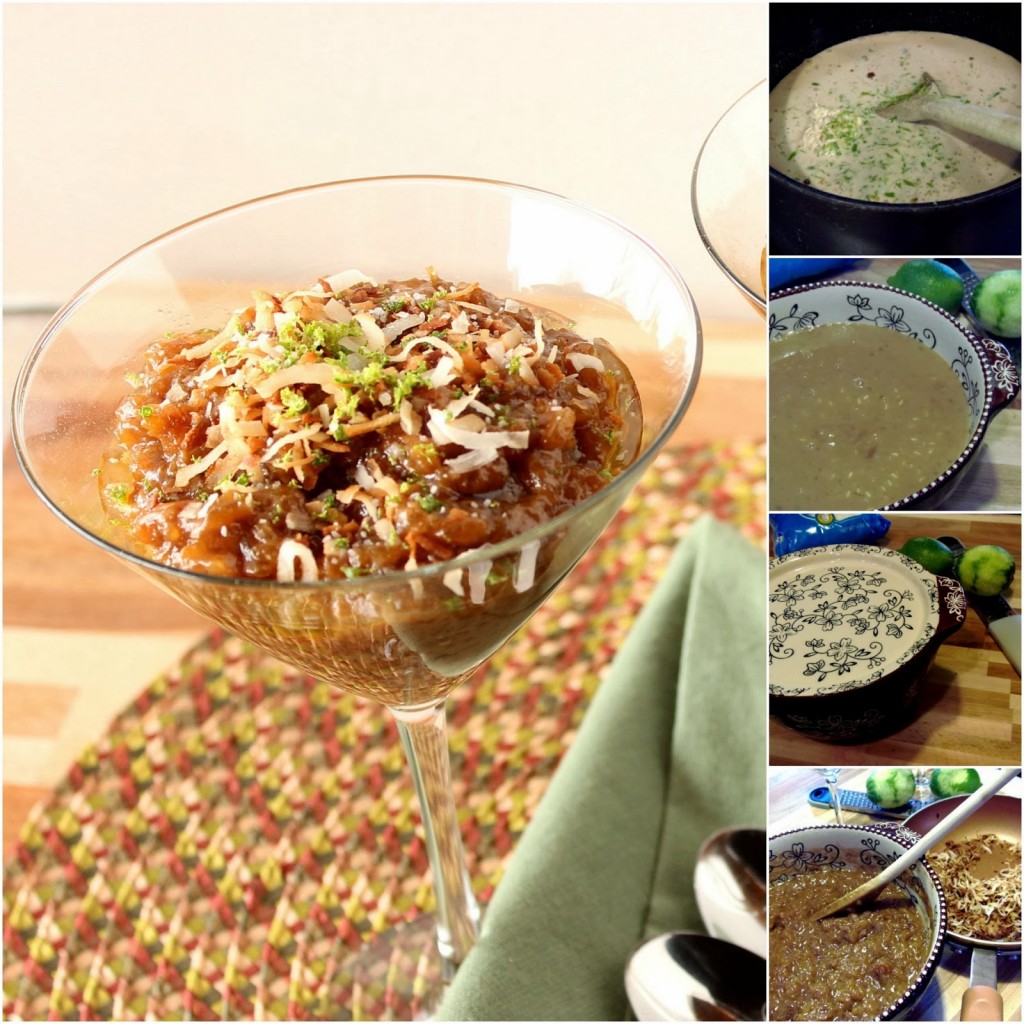 And to me, because coconut and lime is a classic combination, I’ve decided to pair up this post with some other classics that never go out of style. I hope you’ve enjoyed this recipe, and seeing a sampling of my hand painted glassware, as much as I’ve enjoyed bringing them to you 🙂

Kudos Kitchen By Reneé ~ Where food and art collide on a regular basis!


If you like this recipe and are looking for something similar, might I suggest this vintage recipe for Grated Sweet Potato Pudding. This one features my son Adam and has become quite popular on the blog 🙂