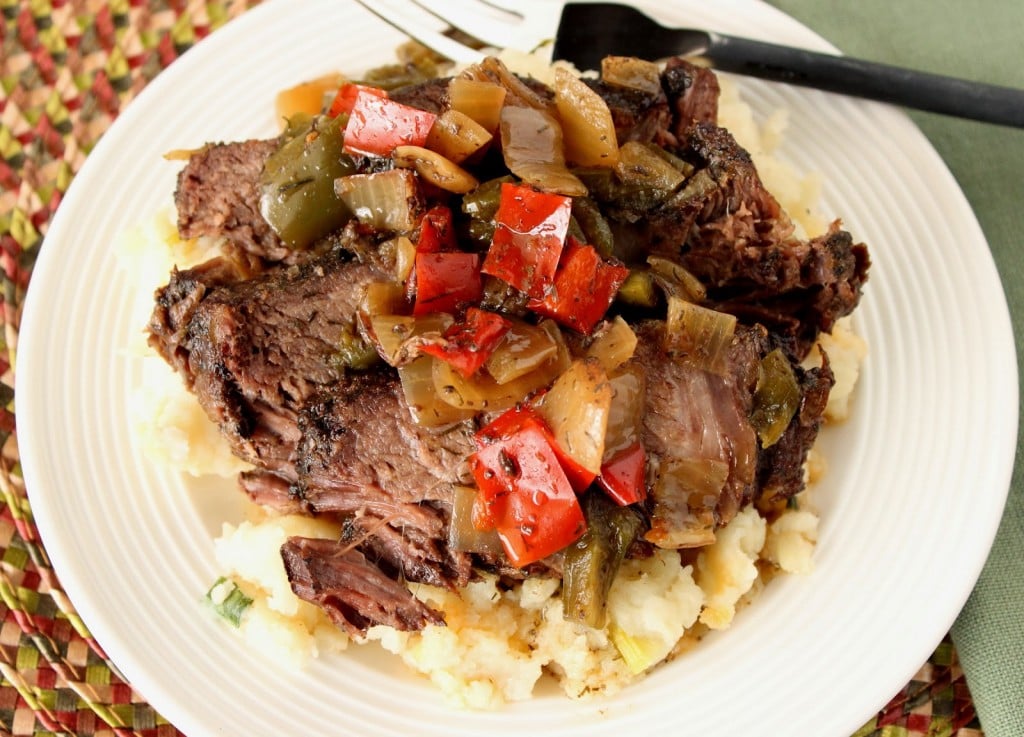 The thing that really stood out to me while this Slow Cooker Beef with Peppers, Onions and Dill was cooking was the wonderful aroma of beef and dill married together with the sweet bell peppers. The longer it cooked, the hungrier I became.

While beef and dill might not seem like a natural combination to some of you, to me it hints at something that my German ancestors might have cooked low and slow on the stovetop or in the oven from a time long ago. Luckily for us in the age the slow cooker it does the exact same thing as oven or stovetop cooking only with less fuss and no babysitting required.

I adapted this recipe slightly from one I found in the Taste of Home Comfort Food Diet Cookbook which had me drooling at the photo. We really enjoyed the rich and tender beefy taste of this dish with the peppers, onions and dill gravy adding just the right kick to make it something truly delicious. 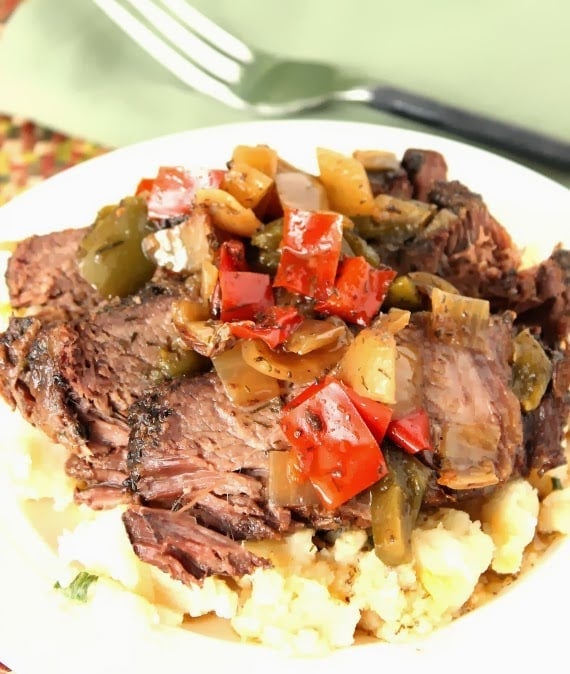 As you can tell by the above photo, I served mine over mashed potatoes, but I know this would be as equally delicious over egg noodles, rice or maybe even polenta. Gosh that sounds good. I need to make this again right away 🙂 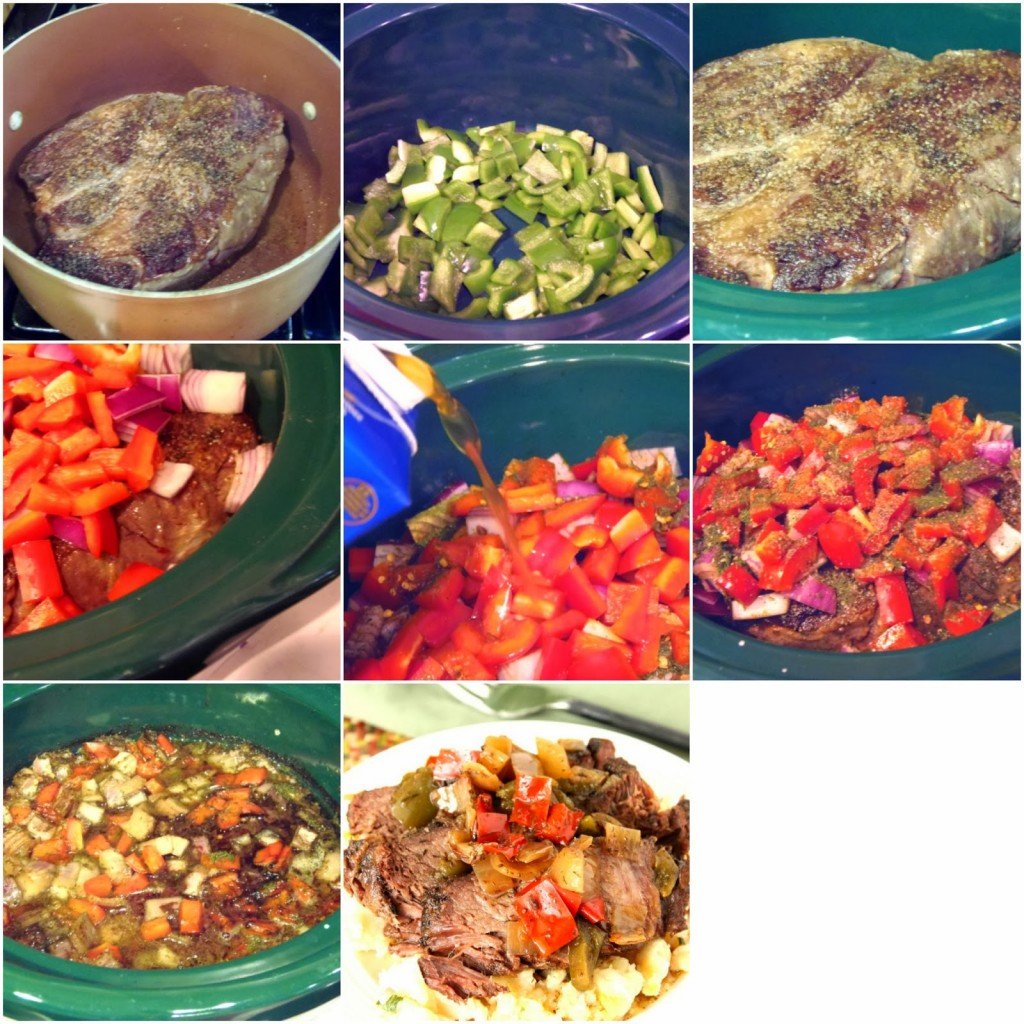 Don’t you just love a simple little recipe that’s got a lot of sass and spunk? Kind of like the olive oil bottle I’ve paired to go with this particular recipe. Boop-Boop-A-Doop! Yes, I know I’m reaching here, but you can’t blame a girl for trying, right? LOL

This looks so yummy Renee. We don't do much beef around here but I think I could easily use some pork shoulder or butt, or even pork belly maybe. Sorry it too me so long to add you on google plus. I hope to do more cooking video this year.Would you like to do a cooking collab Renee ? Have a great day.

Hey Hani! Thanks for stopping by and for the comment. I'm sure this would work wonderfully well with pork. I do hope you'll give it a try and let me know. Thanks for requesting cooking videos. They're not really something that I think of doing but now you've planted the seed in my head. And yes, I'd love to do a cooking collaboration with you Hani! What did you have in mind?

Your beef looks so wonderfully tender! I know I'd love this, Renee!!!

What a fantastic dish!! Perfect for #SundaySupper