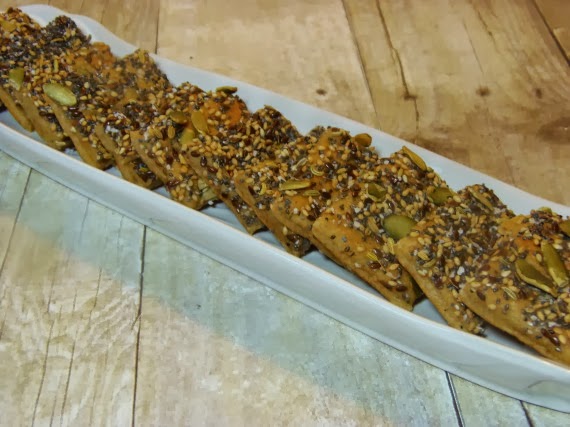 I’m writing this post just under the wire as it’s due tomorrow for the Bread Baking Buddies and I just took my crackers out of the oven. Nothing like a little pressure to get your rear in gear, right?

If I’m totally honest here, as soon as I took these out of the oven I started popping them into my mouth. I couldn’t even wait for them to cool down! The aroma that filled the house while these were baking was simply incredible and even though there are still plenty of crackers that I haven’t eaten…yet, I can hardly wait to make these again. They’re that awesome and addictive!

It’s been several weeks (make that months) since I’ve posted a recipe with the Bread Baking Buddies and just a few days ago I decided that I wanted to give this month’s selection of “Savory Seed Crackers” a try. Since I had a wide array of seeds in my pantry, I felt that this recipe was right up my alley and a good way to jump back in with the buddies! 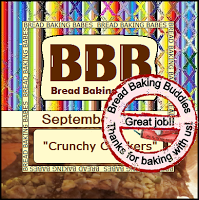 In my defense, my “crackers” didn’t turn out as “cracker like” as they were supposed to. Even though I had rolled the dough as thin as I could, the original recipe called for a final 30 minute rise after they had been seeded and cut. Next time I will skip that final rise time (I left that step out of my version) and bake them right after they’ve been cut.

That said I didn’t mind the thicker, doughier middle one bit, and yet the outer edges of the baked dough were crisp, “cracker like” and also extremely enjoyable! Maybe I just need to call my version SAVORY SEED COOKIES instead. Either way, I’m good with it 🙂 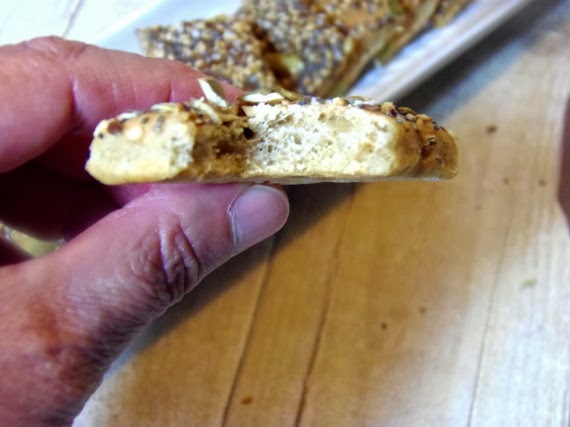 In any case, the moral of the story here is that you can’t go wrong with making this recipe. Either way, thick or thin, they’re definitely a unique and addictive snack.

-In a large bowl of a stand mixer whisk together the whole grain flour, all purpose-flour, black pepper, salt, red pepper flakes, cumin, coriander and yeast.
-Using the dough hook, add the water and oil into the dry ingredients and knead for several minutes (adding more flour if the dough is too sticky) until it forms a semi-stiff ball of dough and the bowl is clean.
-Remove the dough from the bowl and spray the bottom of the bowl with olive oil cooking spray.
-Place the dough back into the bowl and spray the top of the dough with olive oil cooking spray.
-Cover the bowl with plastic wrap and place in a warm, draft free place to rise until doubled (about 1 and a half hours).
-Meanwhile, add all the topping ingredients (except the salt) in a small bowl and set aside.
-Once the dough has risen, divide the dough into two equal parts and using a rolling pin, roll the dough out onto parchment paper making it thin as possible. *Note – Rolling in one direction only, always starting from the center will make your rolling as easy as possible. Remember to turn the parchment paper often to insure the entire piece of dough is rolled sufficiently.
-Carefully move the dough and parchment paper to a waiting baking sheet.
-Evenly spread half of the seed mixture over the entire piece of rolled dough and using the rolling pin once again, go over the seeds with a slight bit of pressure to adhere them to the dough.
-Using the tines of a fork, dock the dough to insure that it doesn’t bubble in the oven while cooking.
-Use a pizza cutter to cut the dough into squares and rectangles.
-Repeat the entire same process with the second piece of dough.
*Note – I’m leaving out the step about letting the crackers rise for another 30 minutes here. I don’t think it’s necessary but it can at this point should you choose to.
-Preheat the oven to 350 degrees.
-Bake the crackers for approximately 30 minutes or until they’re nicely golden brown. Make sure to watch them carefully so they don’t burn.
-Remove to a wire cooling rack and immediately start munching on them (or try not to…I dare you)! 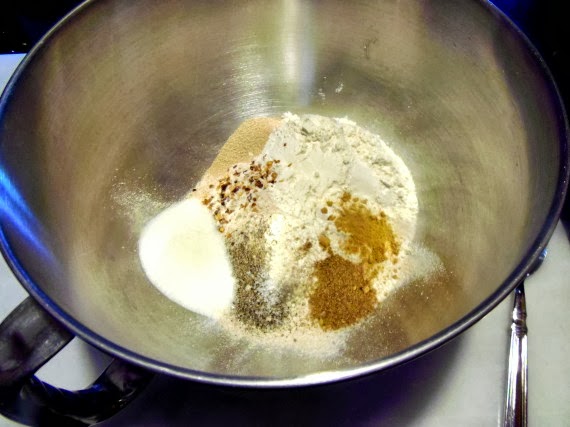 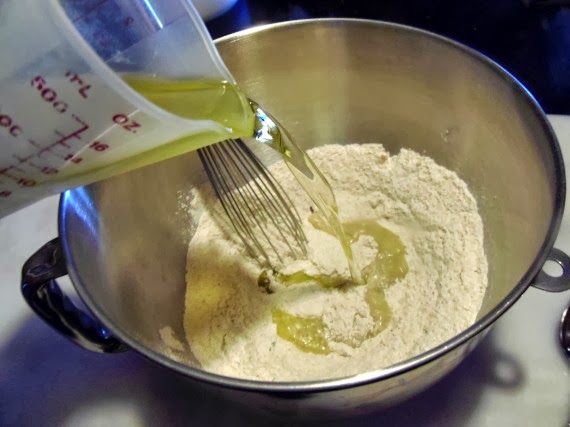 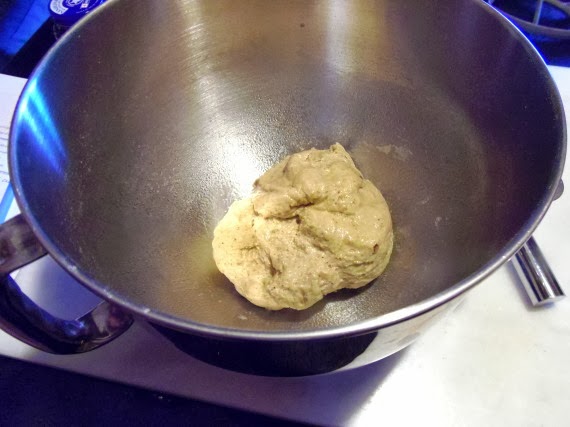 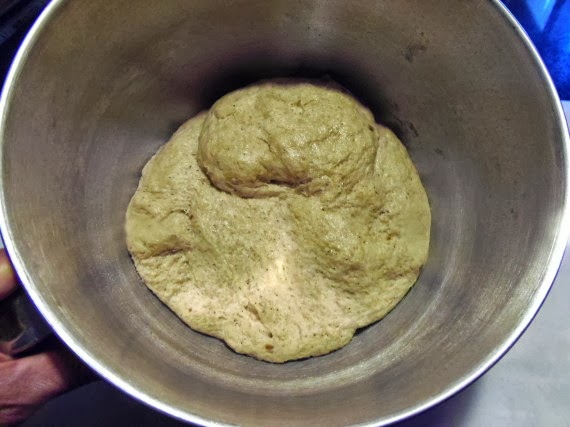 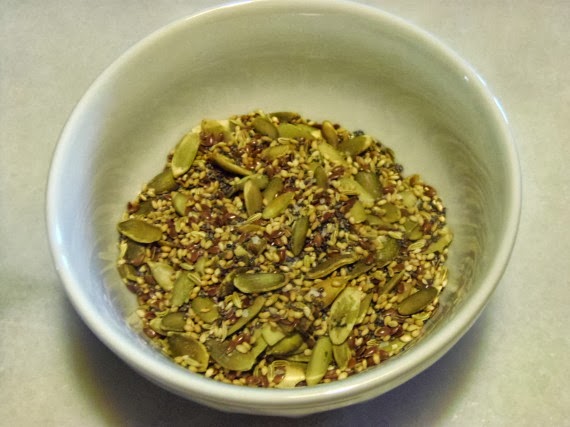 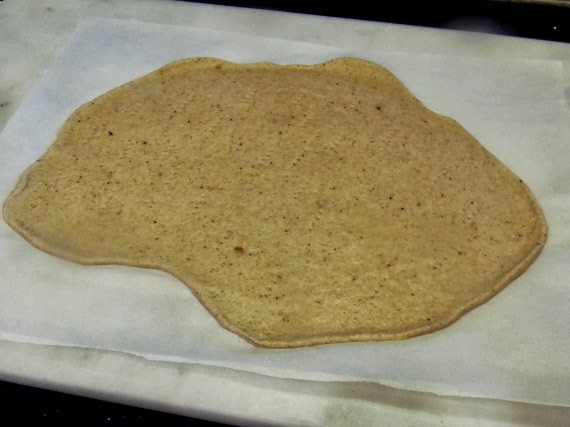 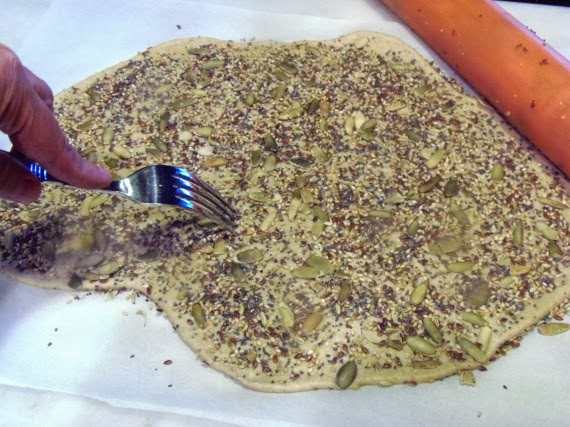 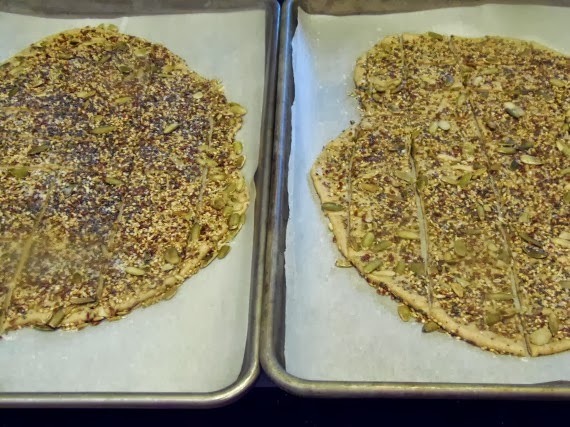 Thank you to My Kitchen In Half Cups for suggesting this month’s unique and delicious recipe. It is a definite winner and one that I’ll be making time and again! 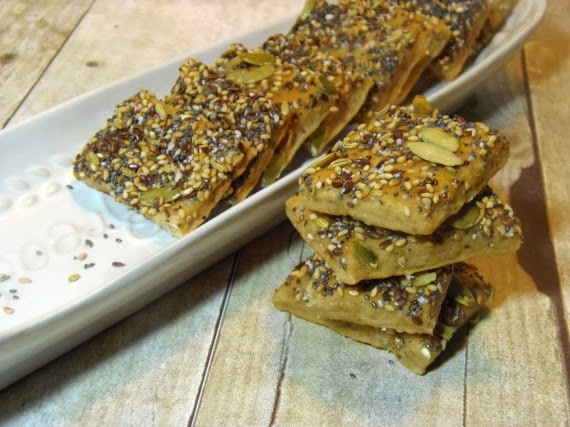 Now that I finally have my Bread Baking Buddies recipe posted for the night, it’s time to sit, relax and have another few savory crackers cookies plus a nice glass (or two) of wine. Funny, this wine glass pretty much depicts how I’ve been feeling all day long! True story! 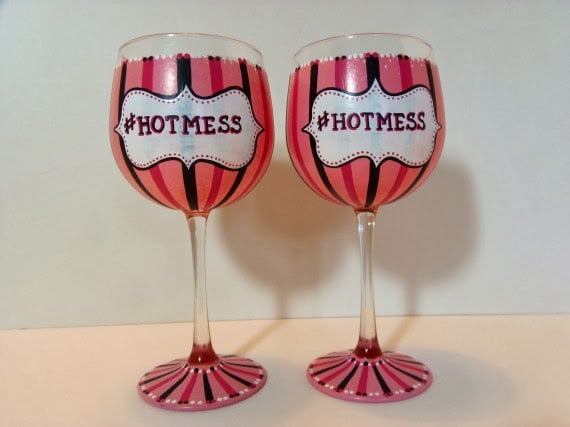 Thanks for visiting me in my Kudos Kitchen. Where food and art collide on a regular basis!

Until we bake again,