Apple Cider Doughnut Holes are are a seasonal treat that you never outgrow. These soft and pillowy yeast donuts are dressed to perfection with an irresistible cinnamon sugar topping. 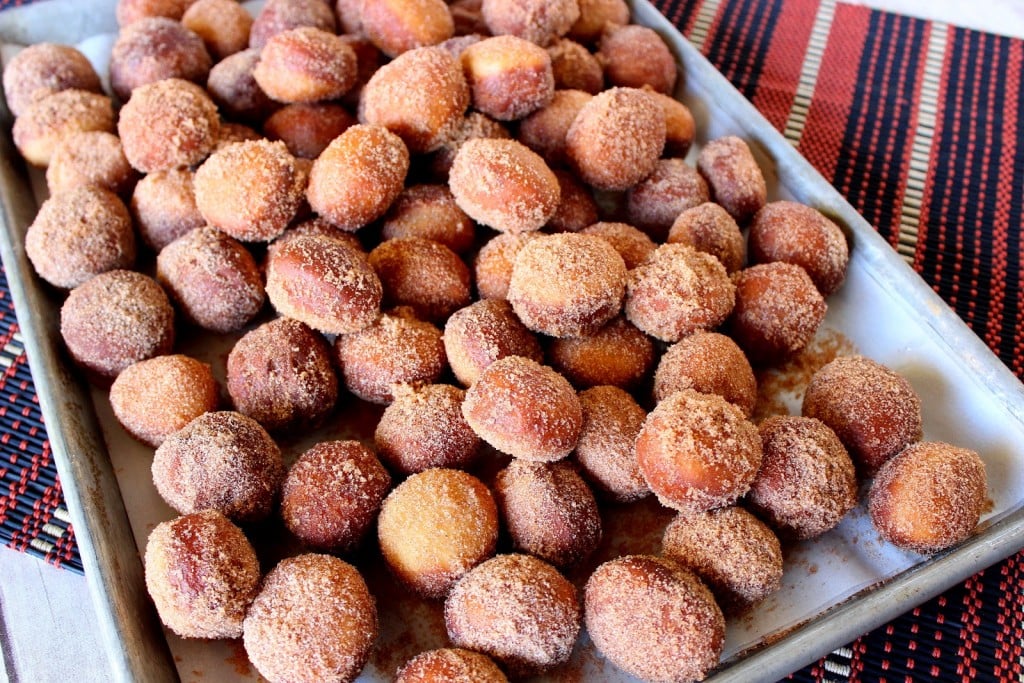 There is just something about Autumn that conjures up images of pumpkin farms, apple picking and hay rides. But, who can imagine any of those fun things without the seasonal treat of apple cider doughnuts?

Since our kids are grown, sadly its been a long time since we’ve done any of those enjoyable, seasonal family outings. And, as sad as that is, that doesn’t mean that apple cider doughnuts have to go away too. These homemade Apple Cider Doughnut Holes are proof that there are just some things you never outgrow! 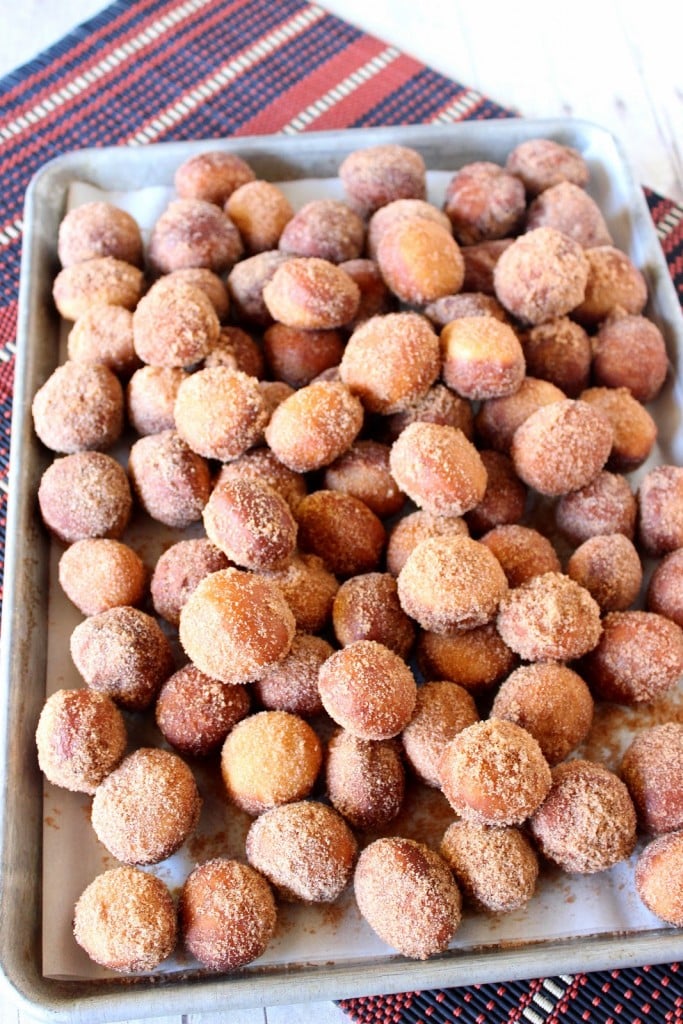 One of the things I love most about these doughnut holes (besides the taste) is that they’re so easy to shape with the help of a small, round cookie cutter. Once the dough has done its first rise, cut out the holes and then allow them to rise again for a second time. The hands on time is very minimal for this recipe until you get to the actual frying of the holes. That part is a little time consuming (considering that this recipe makes roughly four and a half dozen holes). But, as we all know… good things come to those who wait. 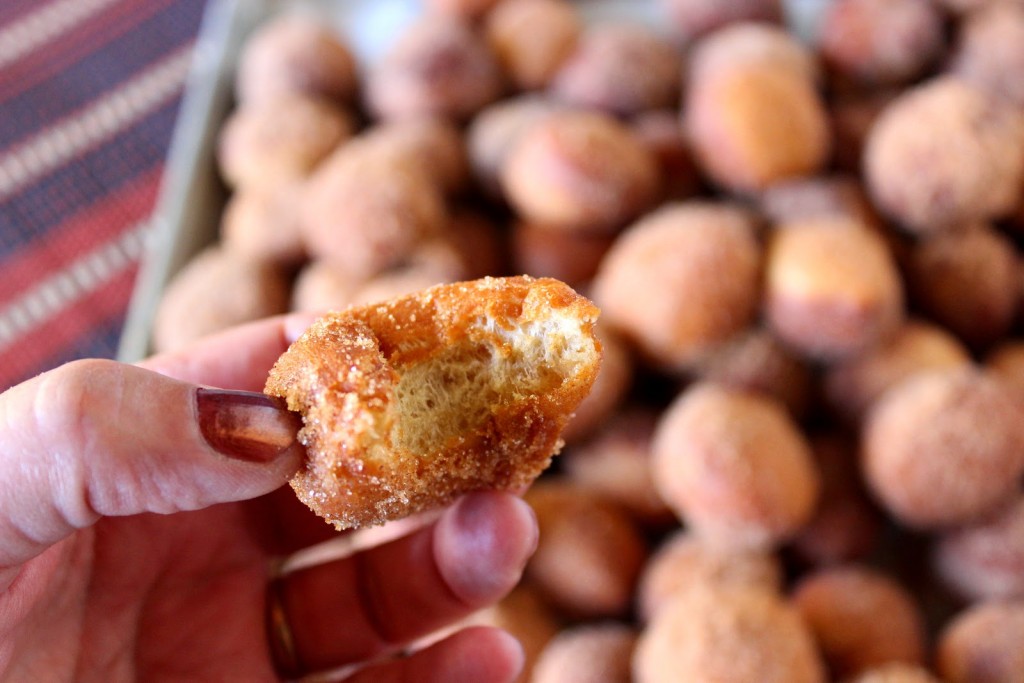 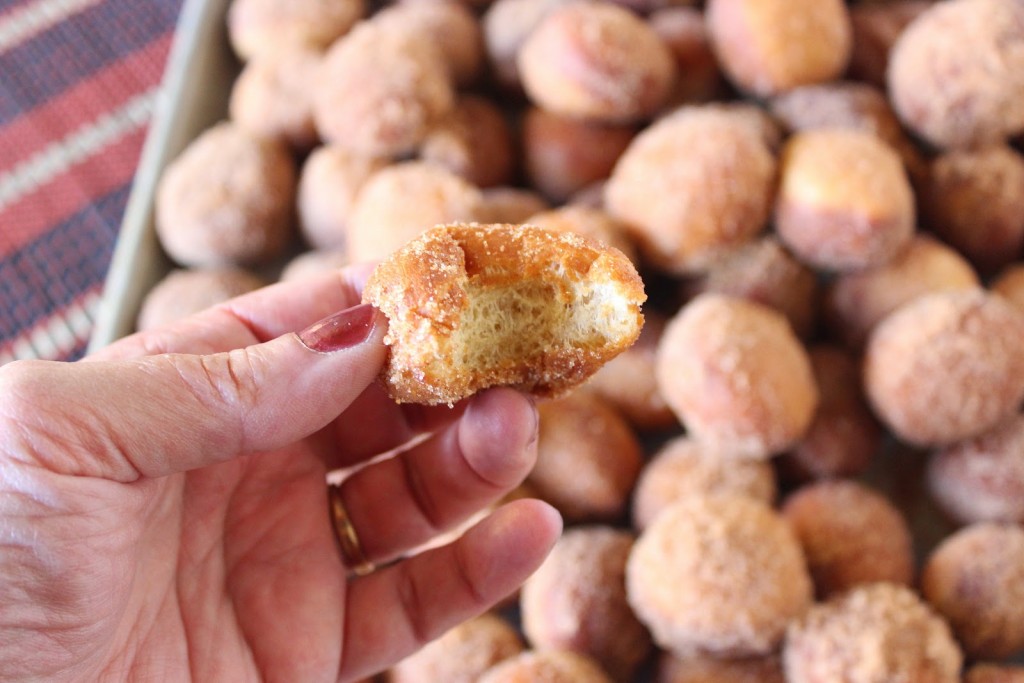 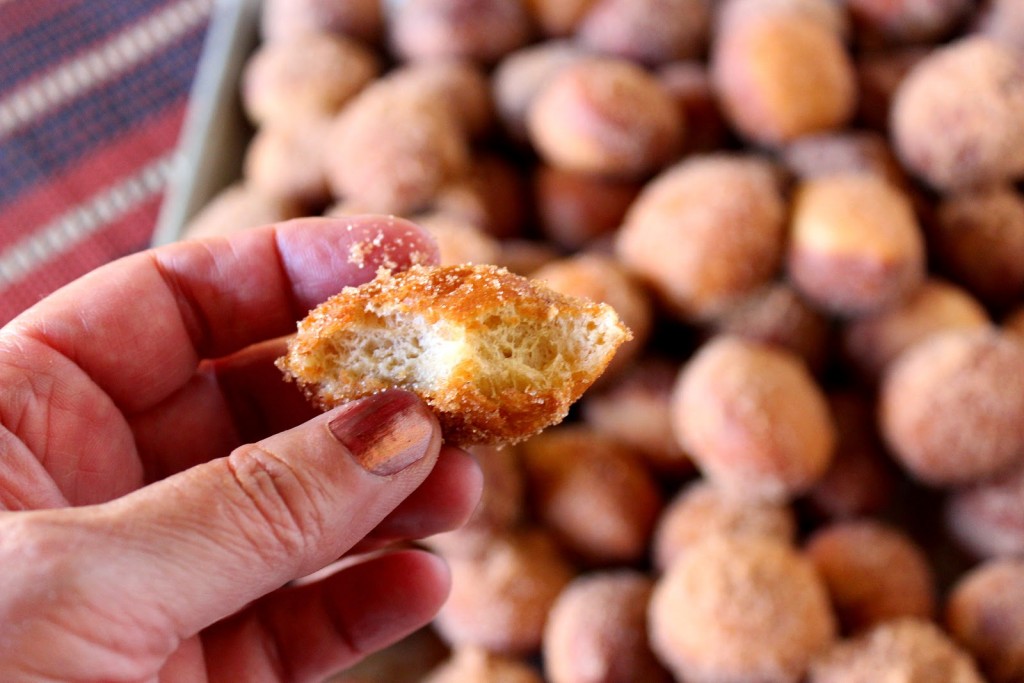 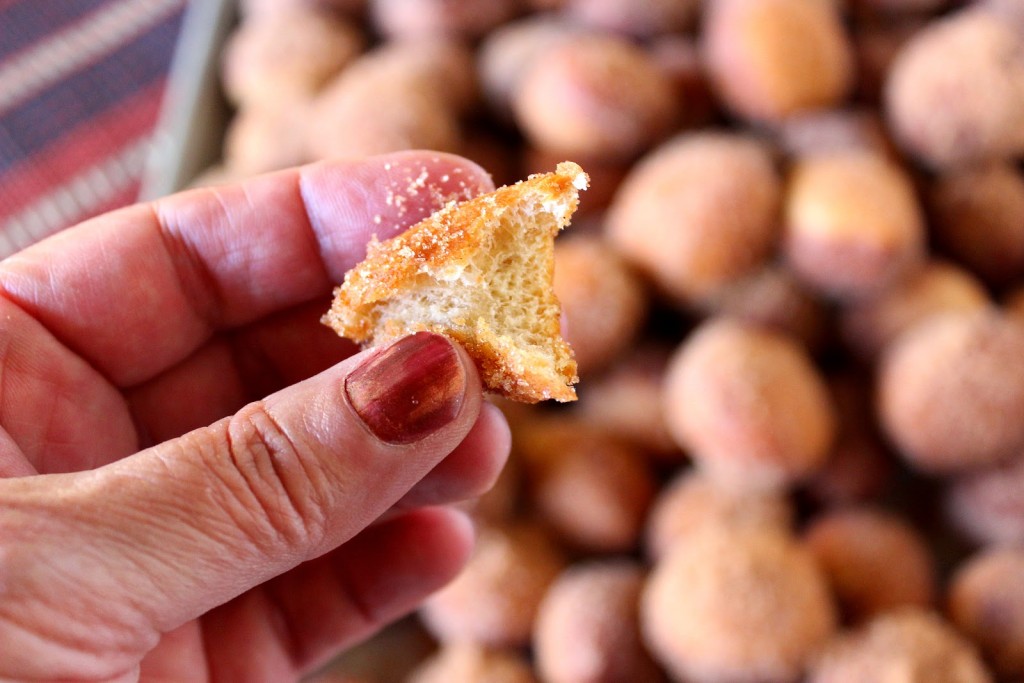 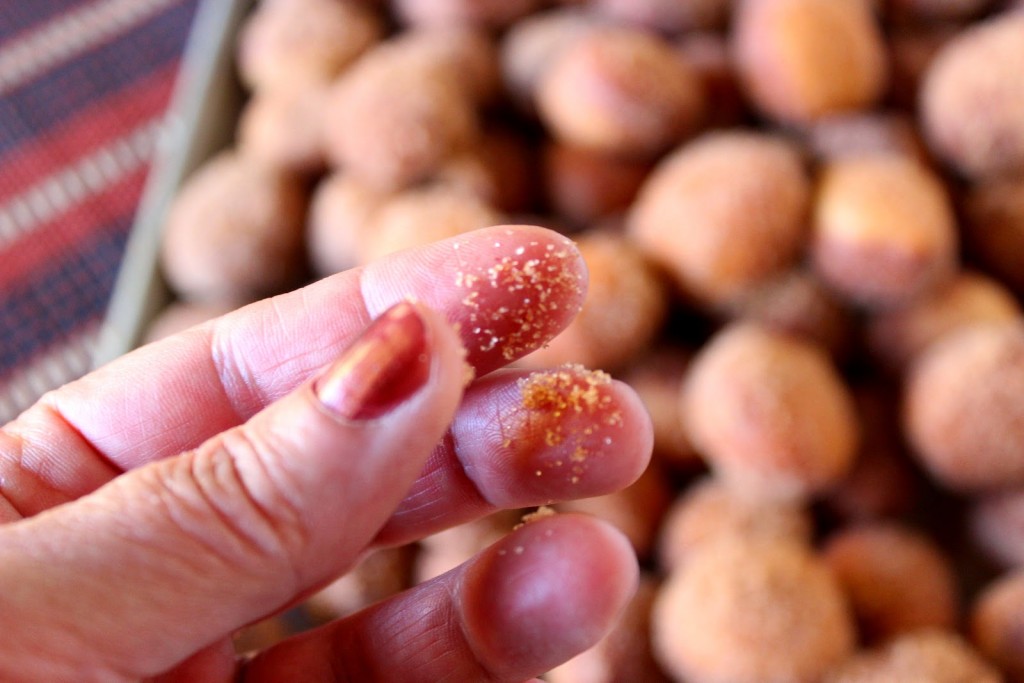 Sorry, I shouldn’t have eaten in front of you, but I just couldn’t help myself. LOL

Here are a few step-by-step photos of the process of making these Apple Cider Doughnut Holes. The recipe follows. I hope these are helpful but should you have any questions, please leave them for me in the comment section. I promise that I’ll get back with you with an answer as soon as possible.

Assemble ingredients. Dissolve the yeast in ¼ cup of the warm apple cider and honey. Allow to sit until foamy. In a small bowl, add the 1 cup of warm apple cider, butter and 1 egg. 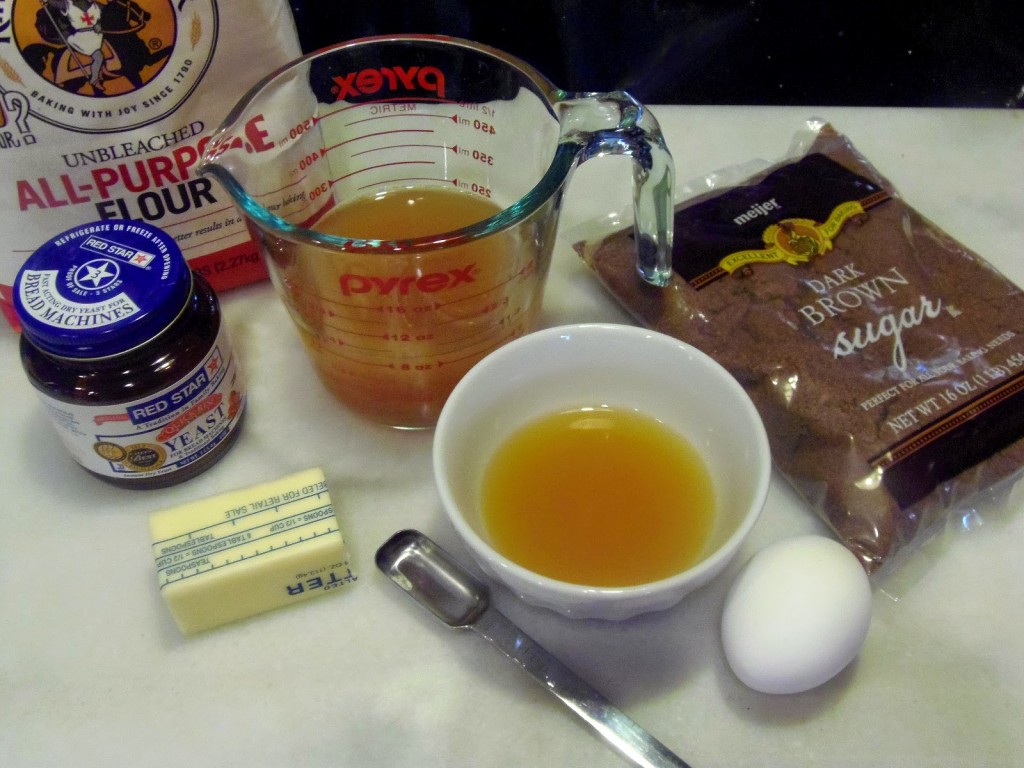 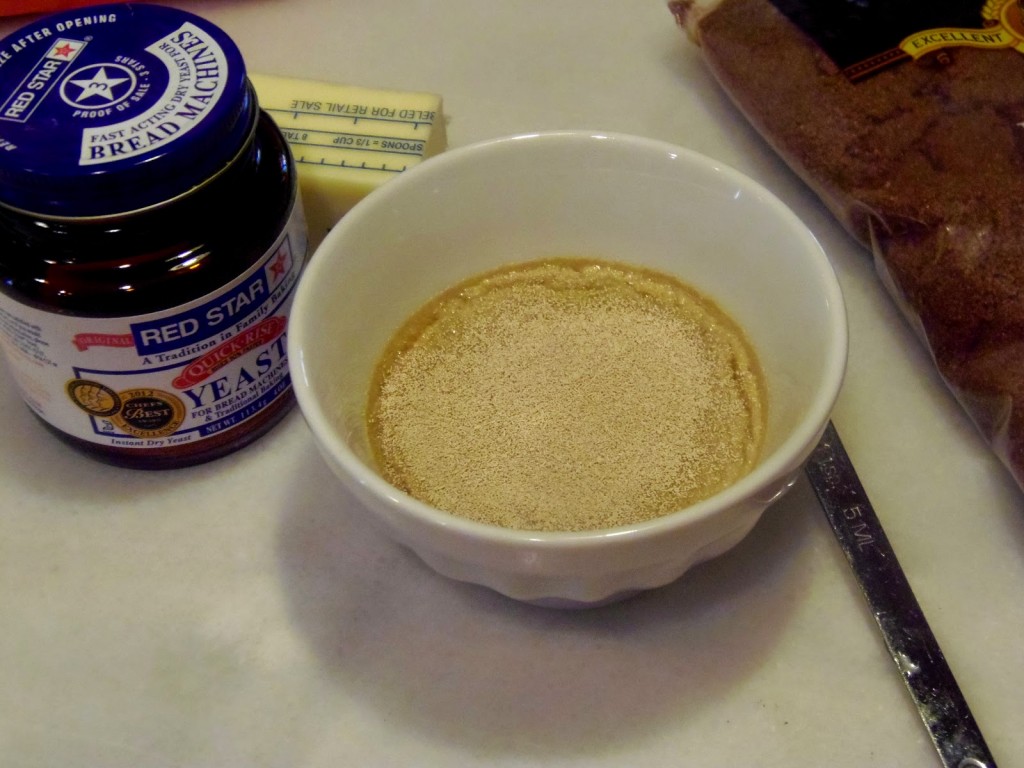 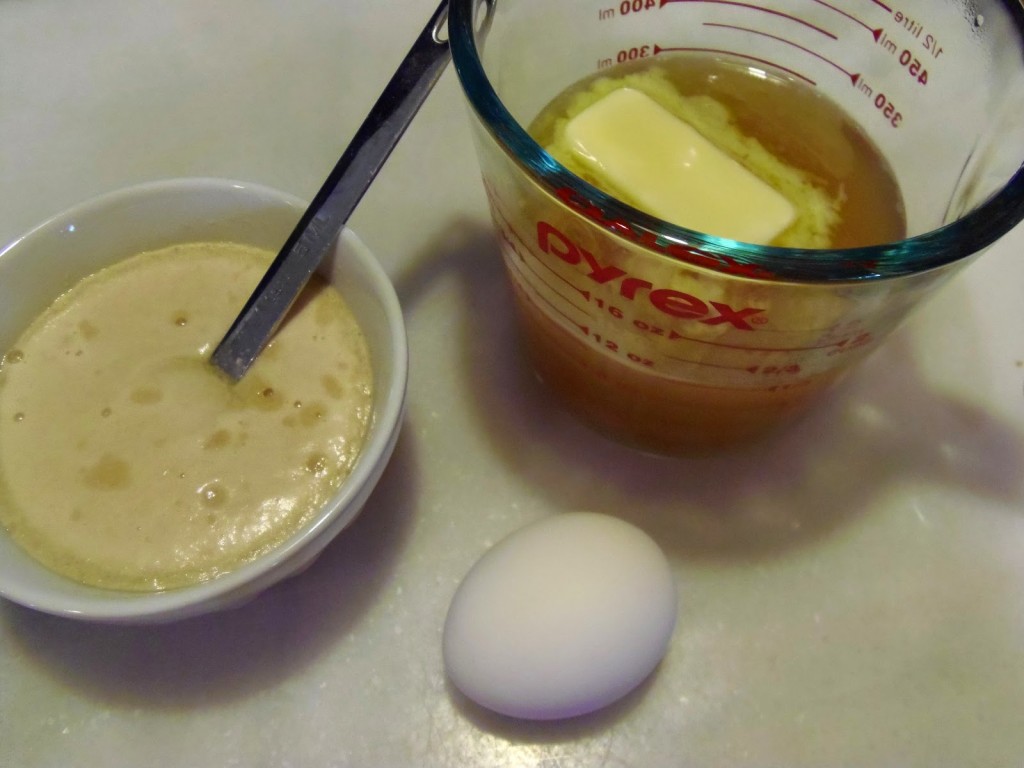 In the bowl of a stand mixer (or in a large bowl with a wooden spoon), mix together the flour, salt and brown sugar. Use the dough hook (or wooden spoon) to beat the yeast mixture and the apple cider/butter mixture into the flour. Continue kneading until the dough comes together in a ball and is smooth and elastic. 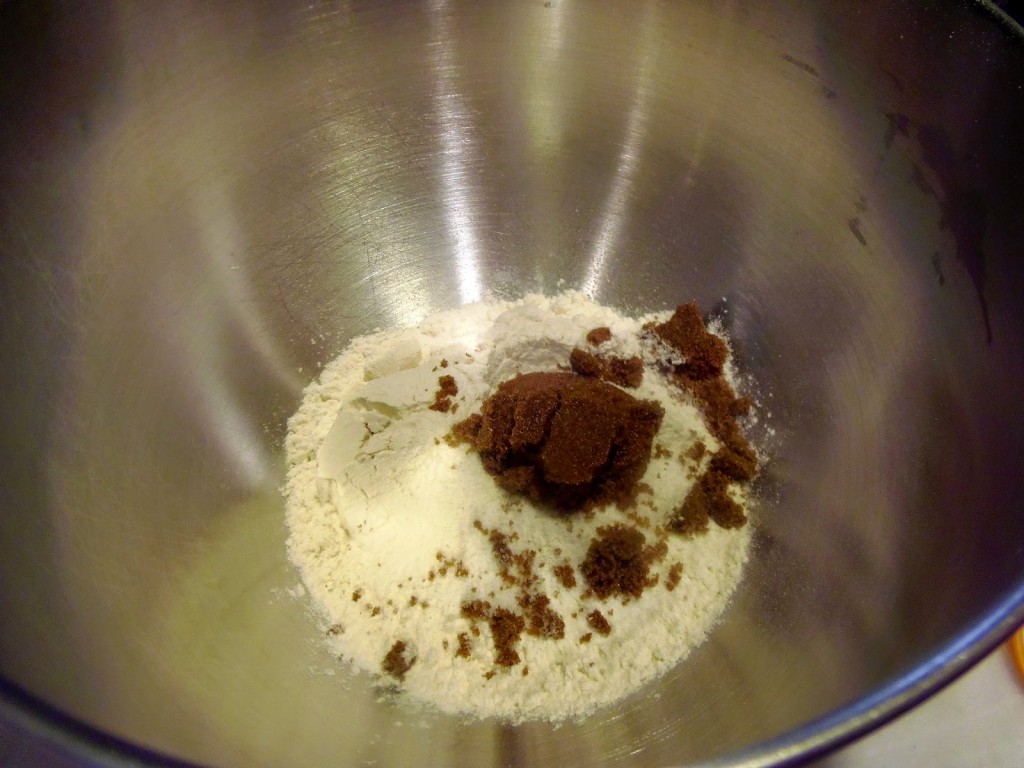 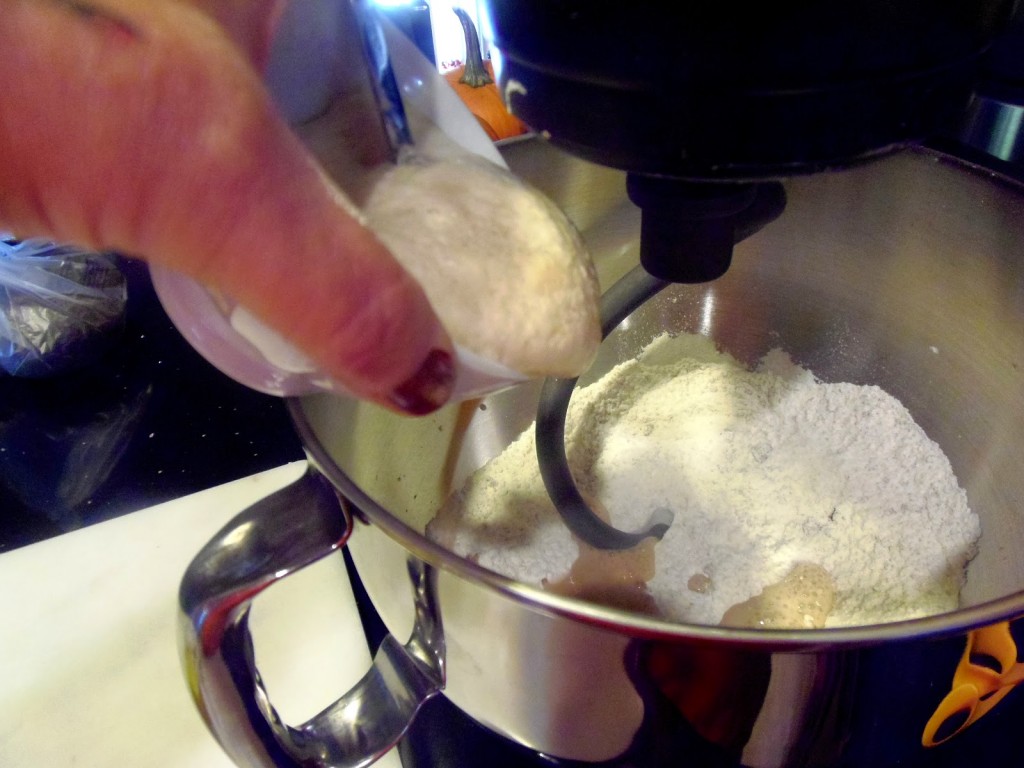 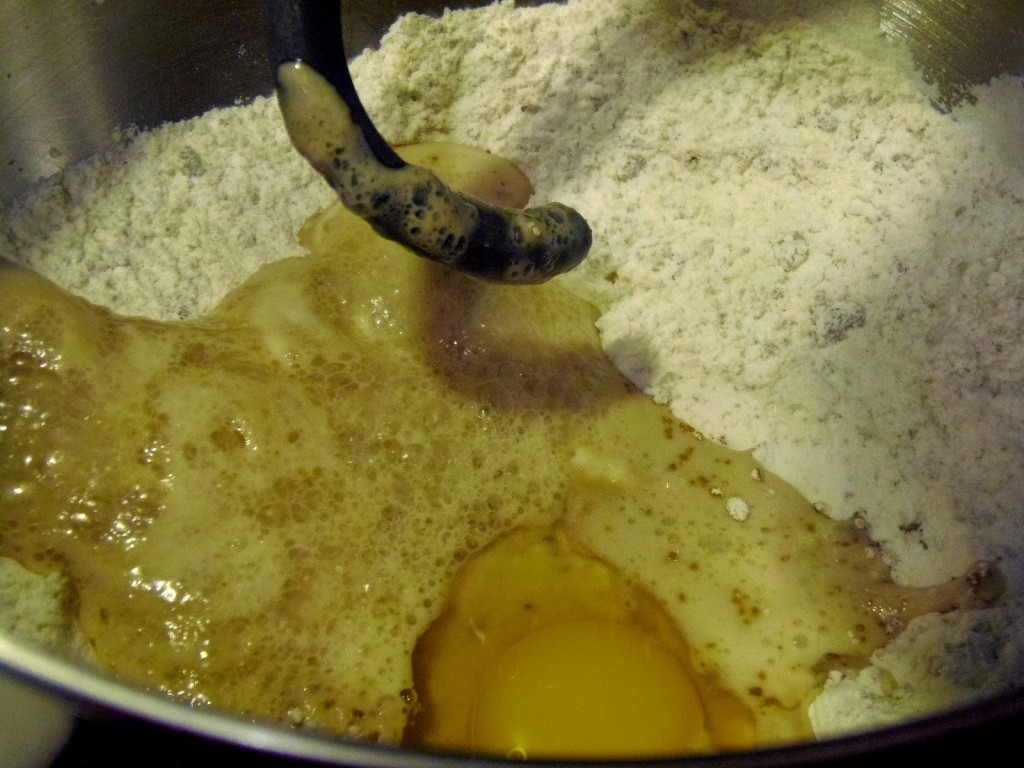 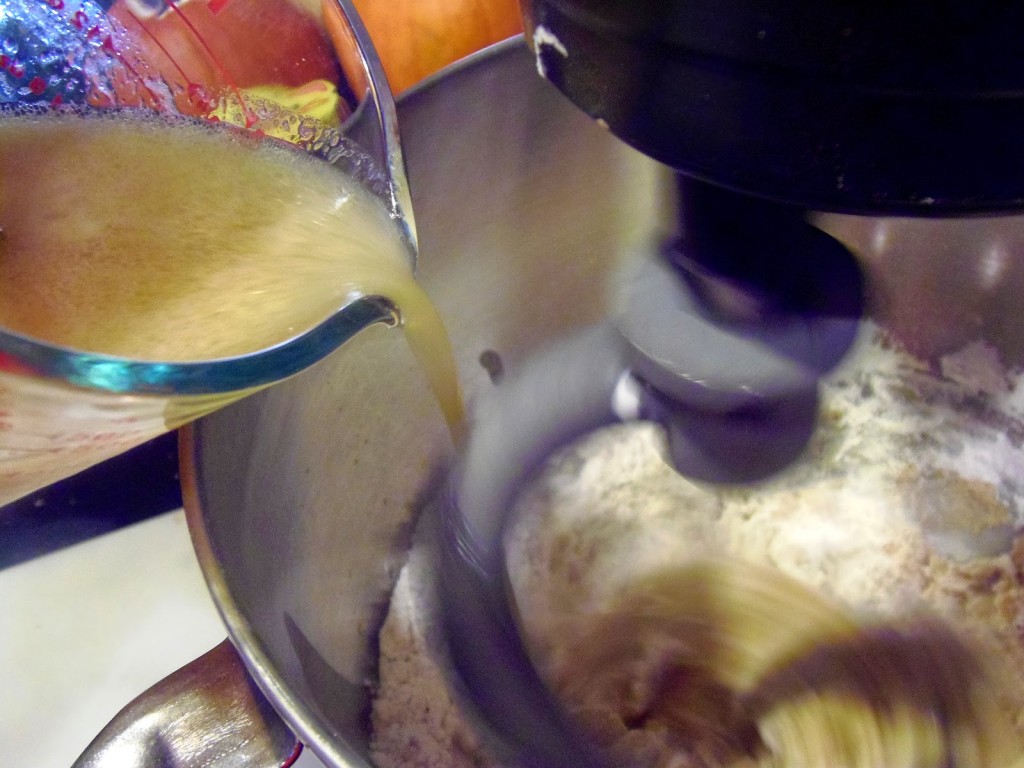 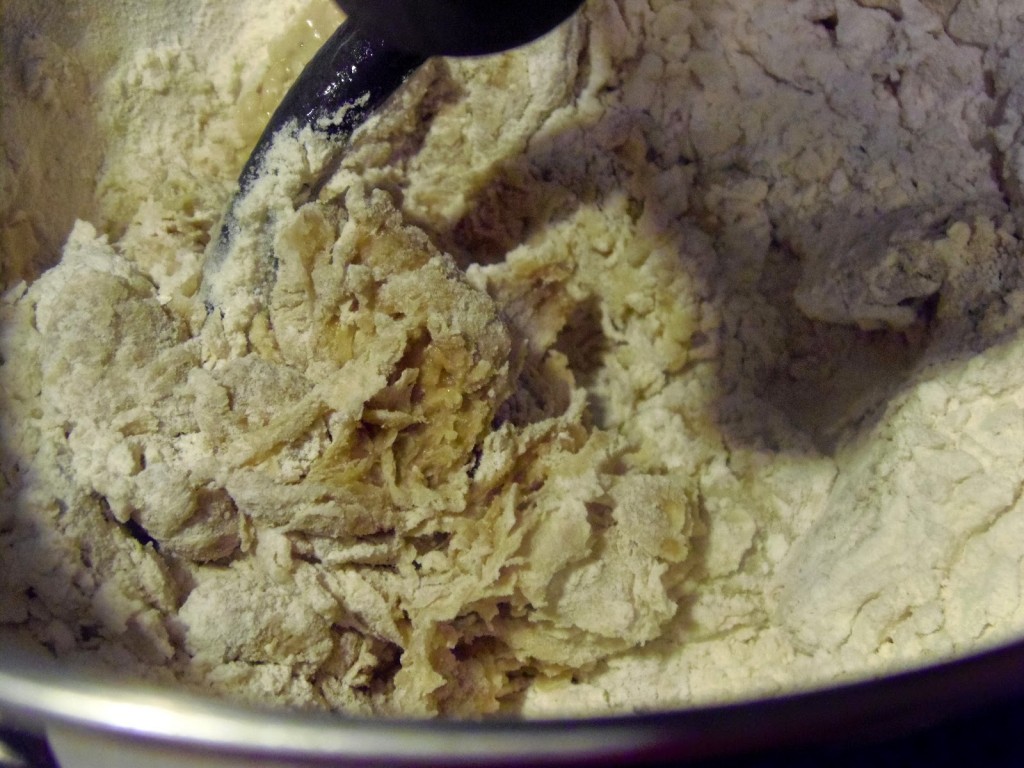 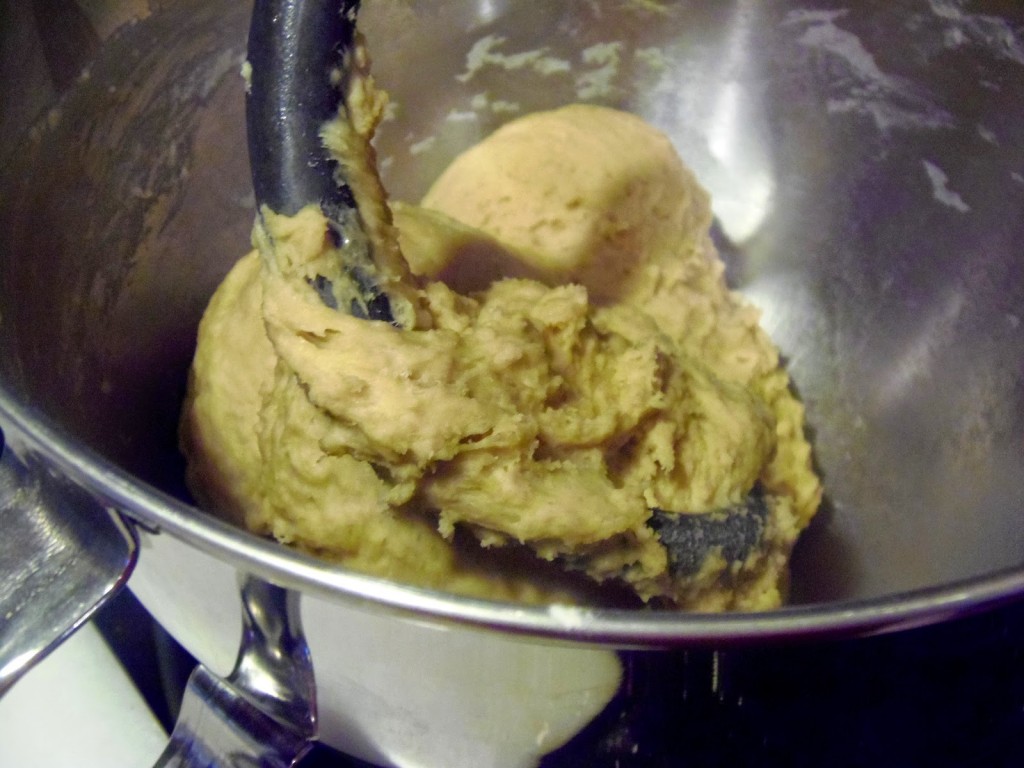 Knead the dough by hand on a lightly floured surface for 2-3 minutes and then replace the dough back into a oiled bowl, turning it over to coat. Cover and allow the dough to rise in a warm place until doubled. Turn the dough out onto a lightly floured surface. Press the risen dough out to ½ inch thickness. Use a small round cookie cutter to cut the doughnut holes. Place the holes onto parchment lined baking sheets. *Note – Don’t forget to gather the scraps of dough together to re-roll and cut additional doughnuts. 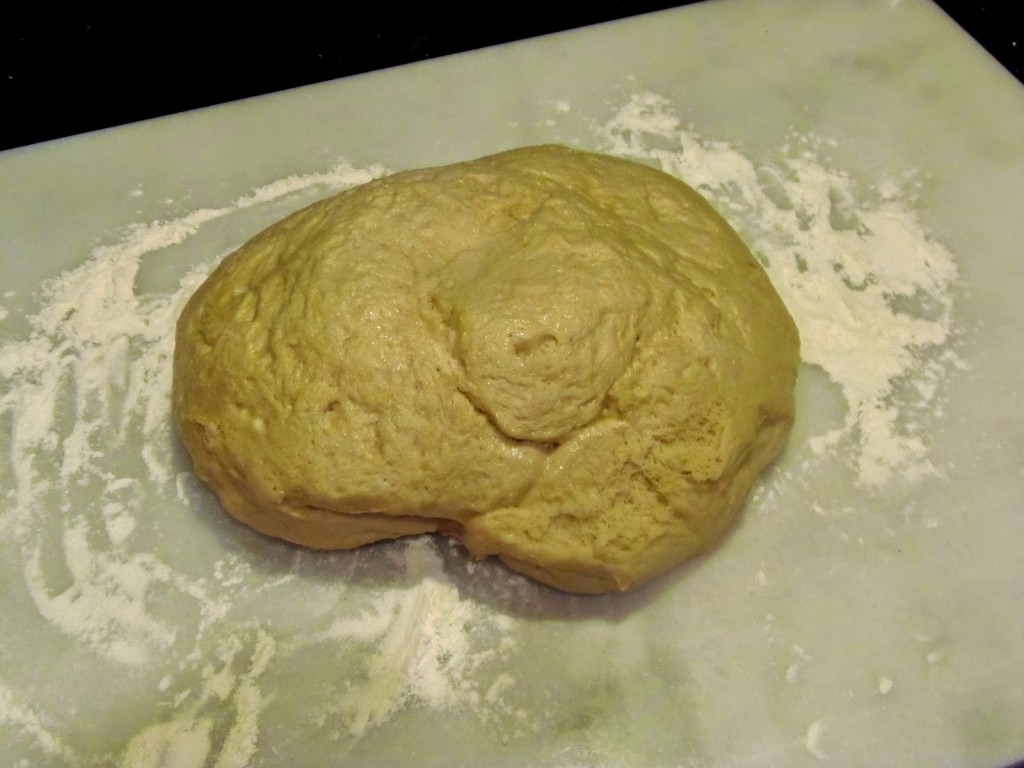 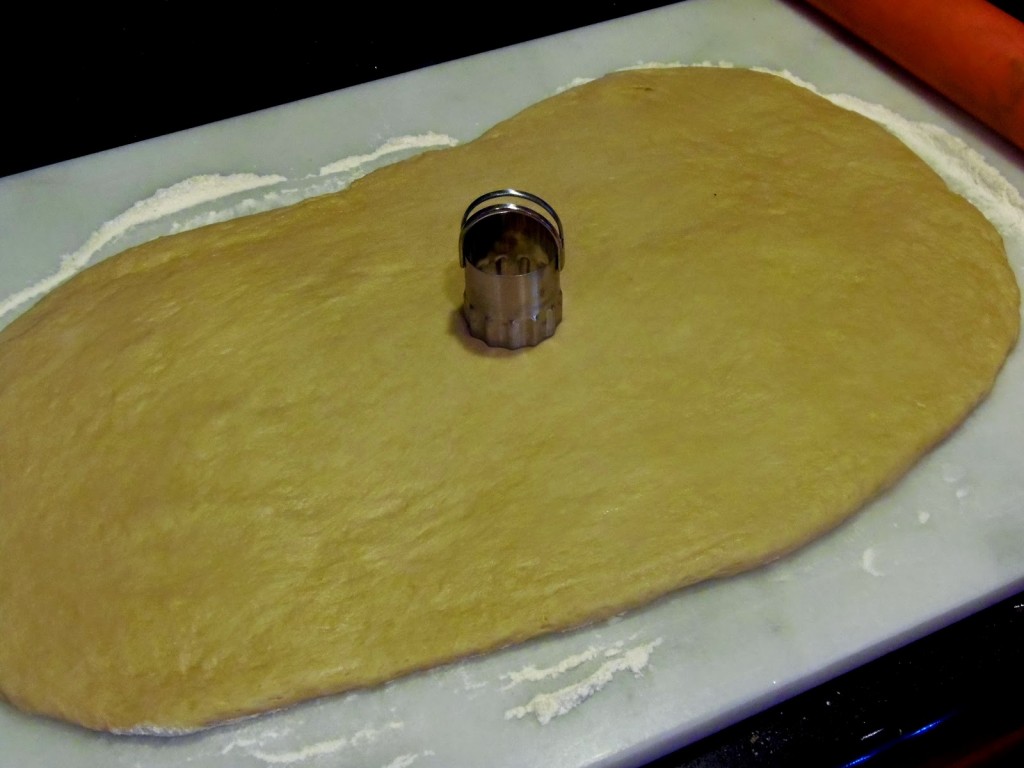 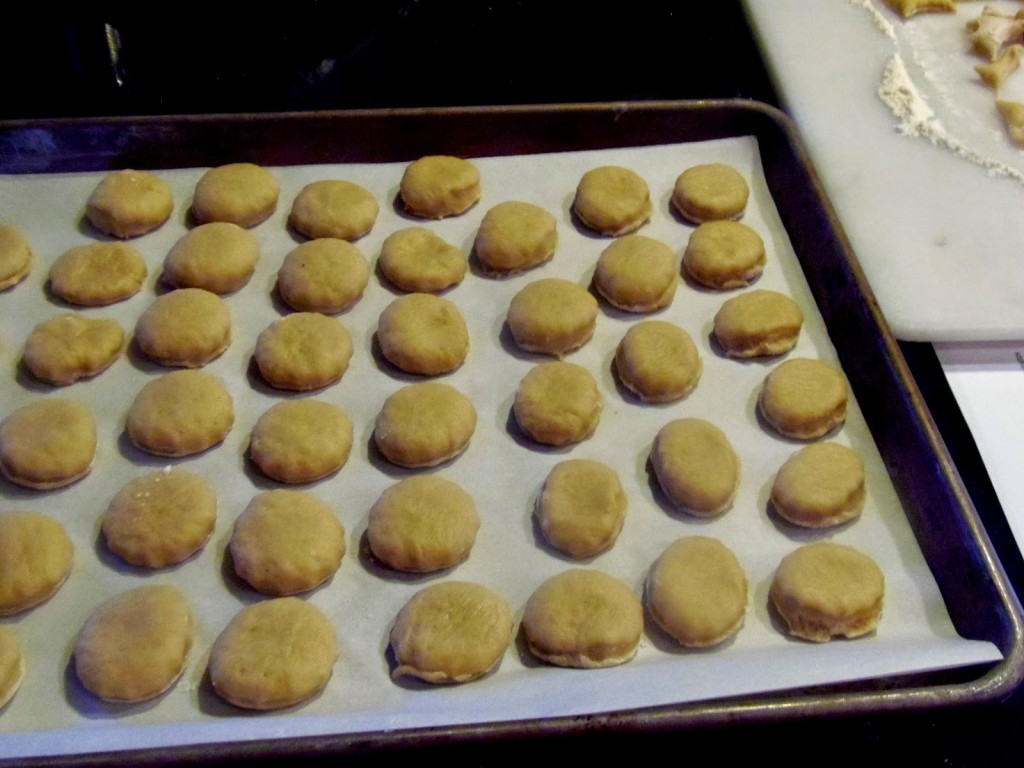 Allow the cut doughnut holes to rise until doubled (approximately 1 hour). Heat the oil to 375 degrees and fry the doughnut holes for approximately 2-3 minutes per side. Remove the holes from the oil with a large slotted spoon and immediately place the holes into the cinnamon sugar and toss to coat. Complete the process with the remaining doughnuts. 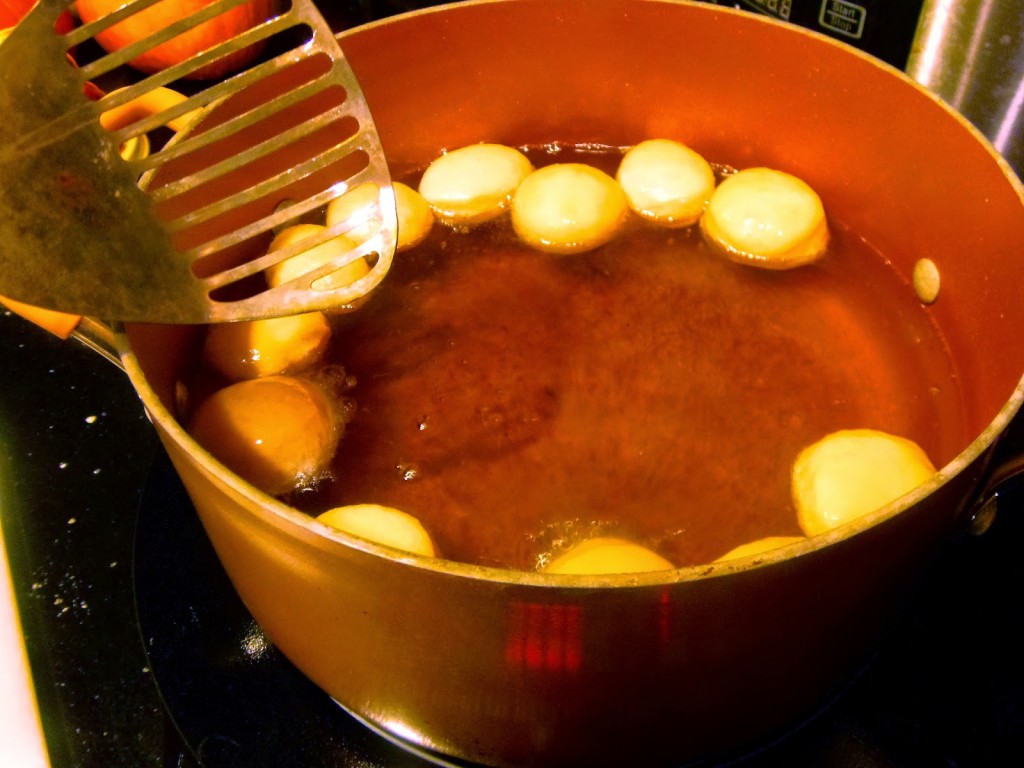 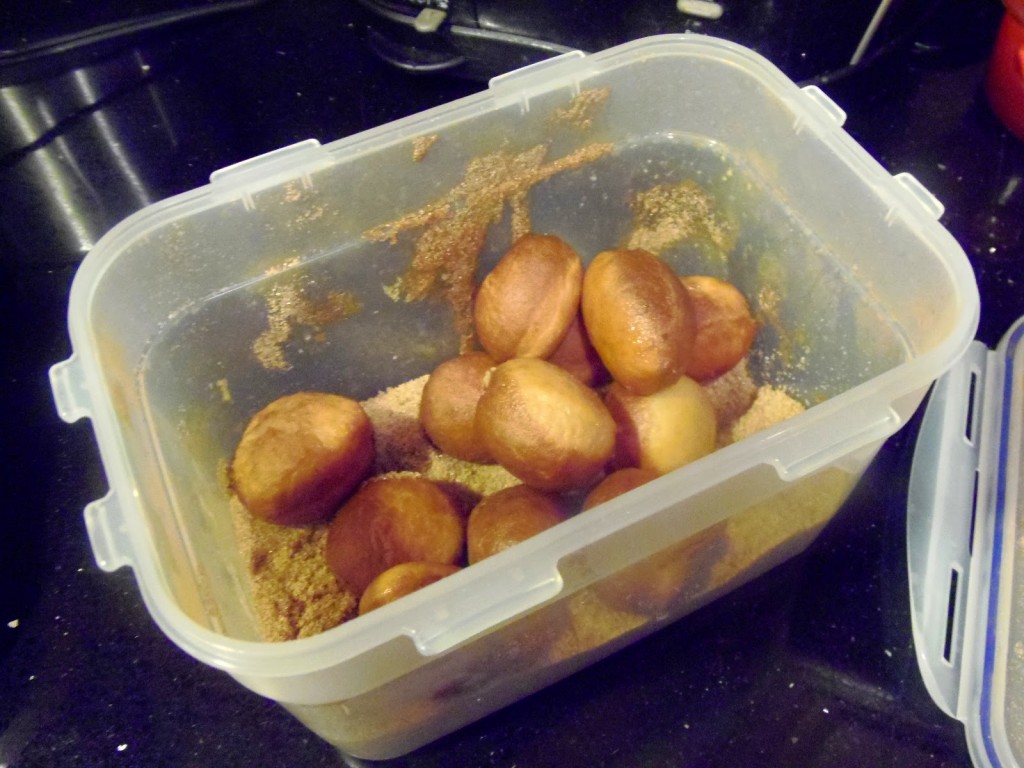 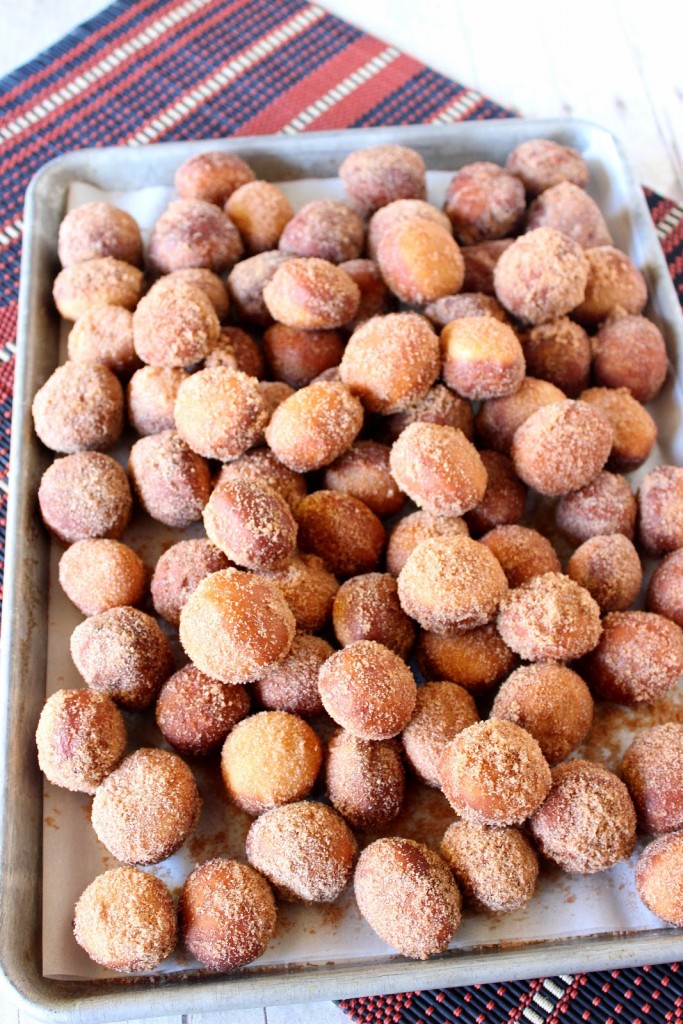 -In a small bowl, dissolve the yeast in ¼ cup of warm apple cider. Stir in the honey and set aside approximately 5 minutes until the mixture gets foamy.
-In a medium bowl, stir together the 1 cup warm apple cider, softened butter and egg. Set aside.
-In the bowl of a stand mixer (or large bowl with a wooden spoon), stir together the flour, salt, and brown sugar. Use the dough hook (or wooden spoon) and knead mix in the foamy yeast mixture and the apple cider/butter mixture.
-Knead/mix until all the flour is incorporated and the dough comes together into a ball and is slightly sticky and soft. *Note – If the dough seems too stick, knead in a little additional flour.
-Turn the dough out onto a lightly floured surface and knead by hand for 2-3 minutes. Place the dough into an oiled bowl and turn to coat. Cover the bowl with plastic wrap and place in a warm, draft free place to double in size (approximately 1 hour).
-Turn the dough out onto a lightly floured surface and press the dough to ½” thickness. Use a small, round cookie cutter to cut the dough. Place the cut dough onto parchment lined baking sheets.
Re-roll the scraps and continue cutting the doughnut holes until all the dough is used.
-Allow the doughnut holes to rise until doubled in a warm, draft free place (approximately 1 hour).
-Heat about 3″ oil in a large pot to 375 degrees. Use a large slotted spoon to gently lower 10-12 doughnut holes into the hot oil, turning them over, until they’re golden brown on both sides.
-Carefully remove the cooked doughnuts from the oil using a slotted spoon and immediately place them into a container with the sugar and cinnamon and toss or shake to coat.
-Repeat the process with the remaining dough until all the doughnuts are made.
*Note – cool the oil completely and then use a funnel to return it to the original bottle. Oil can be used 4-5 times before you need to replace it.

These doughnuts store well in an airtight container for up 5 days but I doubt you’ll have them around that long. Luckily for me, we gave a whole bunch of them to our friends so there  weren’t too many left to call my name. 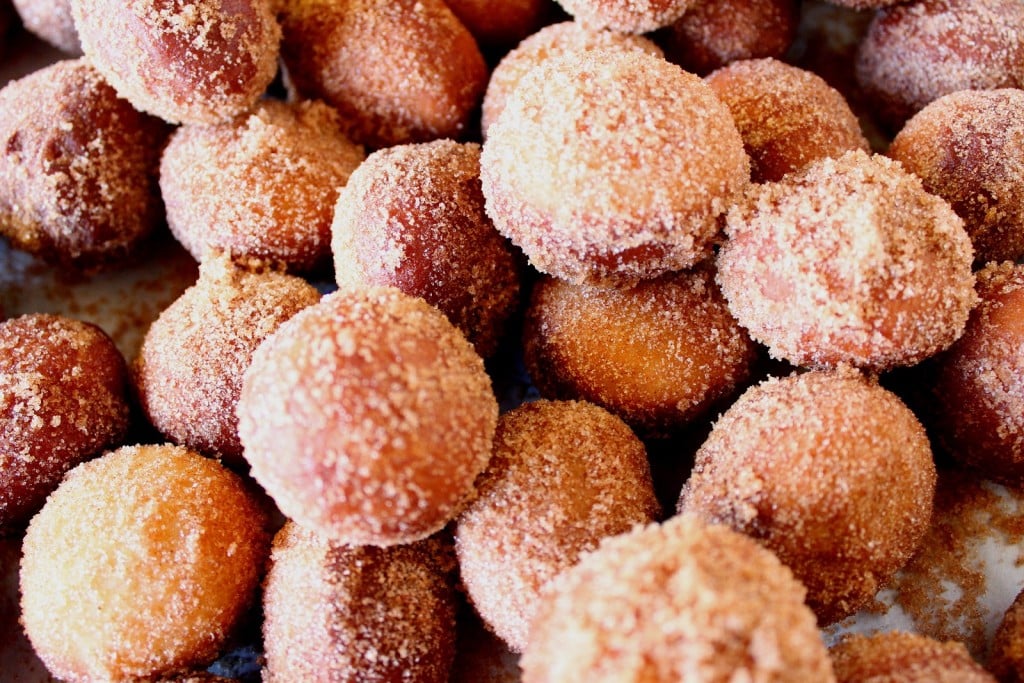 I hope you’ve enjoyed these doughnuts as much as I’ve enjoyed bringing them to you. If only you could reach through the screen and grab a few. Ah well…guess you’ll just have to make them for yourselves  😉

Holy Moly, Renee. I've been meaning to make apple cider doughnuts for five years now. FIVE. You are quite the temptress eating it in front of us especially now that I am having my morning coffee and in dire need of cinnamon sugar topped one. Gorgeous!

Yes please! I LOVE doughnuts in any shape or size :)

Yes...apple cider donuts are one of the best parts of fall! Your donut holes look perfect!

The best thing about going to an apple orchard is filling up on the apple cider donuts after you've chosen all your apples! Thanks to you and this great recipe, I have now fill up on apple cider donut holes anytime. Love your painted tile too! Happy Halloween Renee.

They sure look good!!