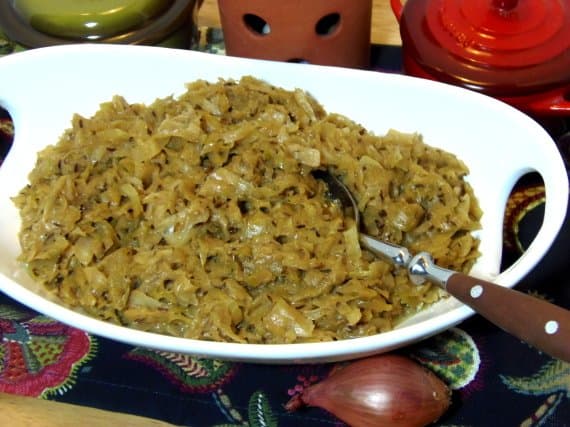 This was seriously one of the best side dishes I’ve made in a long time! So good in fact that I ate some of the leftovers, cold, for breakfast the next morning. There, I said it 😉

I found the original recipe in “America’s Test Kitchen Healthy Family Cookbook” and then tweaked the heck out of it.  I know, I know, it’s hard to improve on a recipe from ATK but I did, and I am glad!

I’ll add some asterisks to the items I improvised on so you can either make it the way it was originally intended, or my version. I recommend my version as it probably will add only a few extra calories per serving… but only a few as I’m being very mindful of cooking healthier these days.

CREAMY CABBAGE WITH CARAWAY AND THYME     {PRINT THIS RECIPE}

-In a large Dutch oven, add the canola oil over medium low heat.
-Increase the heat to medium and saute the shallots until they begin to caramelize.
-Add in the sliced cabbage, salt, pepper, caraway, thyme and cumin. Stir to combine.
-Cover and allow the mixture to cook down (approximately 5-7 minutes) considerably.
-Add the chicken broth and Dijon mustard. Stir.
-Uncover and cook over medium heat, stirring occasionally until the mixture reduces and thickens (approximately 10-12 minutes).
-Add in the brown sugar, half and half and the butter. Stir.
-Reduce the heat to low and allow to simmer for just a few additional minutes.
-Check seasonings and add additional salt and pepper if desired.
-Serve. 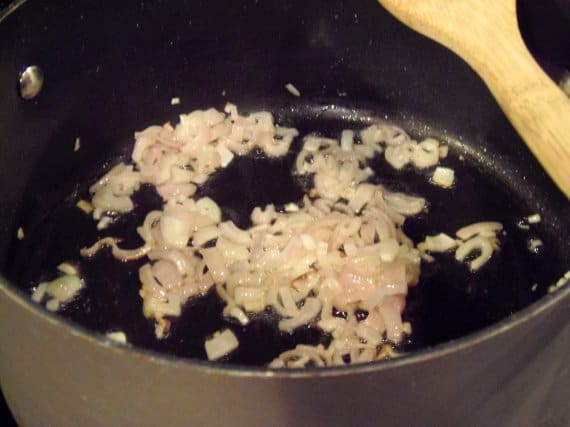 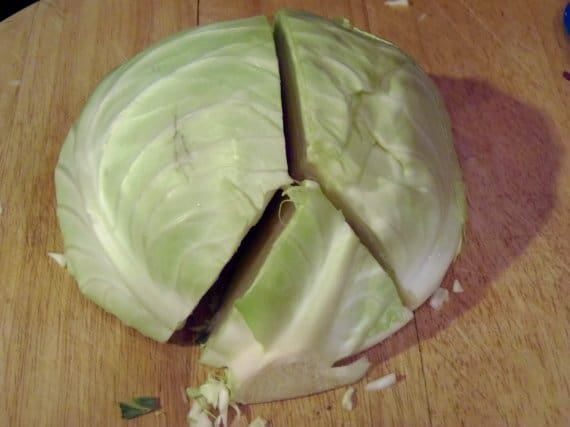 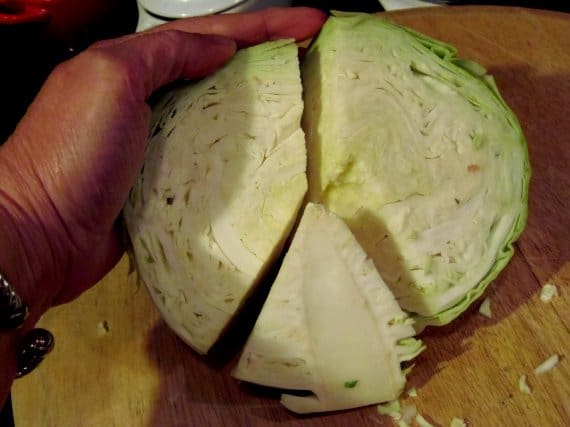 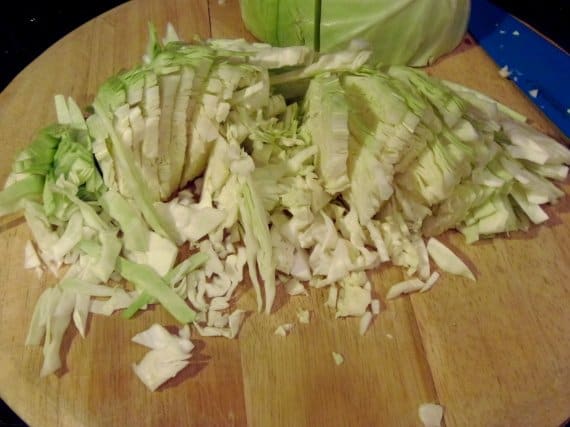 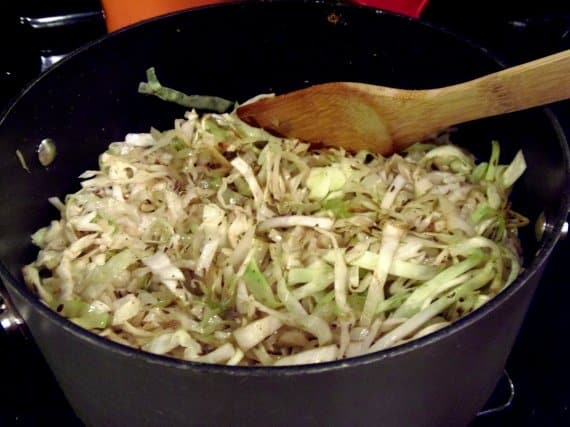 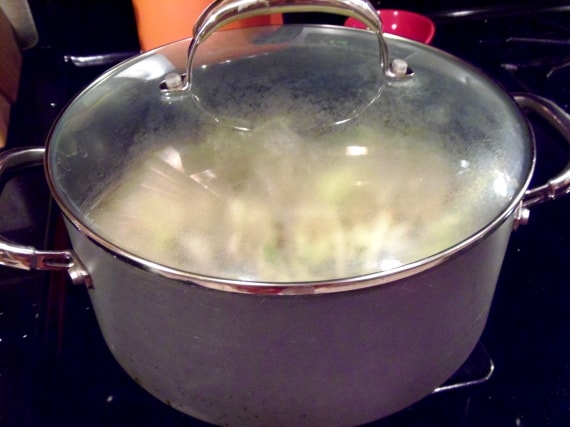 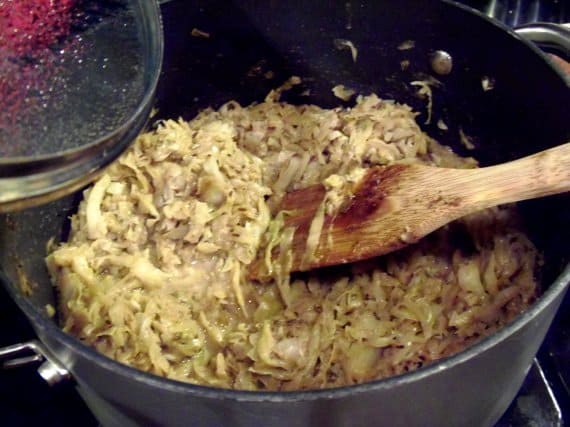 I served this side dish alongside some simply sauteed pork chops and dinner was done.
This recipe comes in at roughly 100 calories (give or take a few) for 3/4 cup and was a lovely compliment to the pork chop. It was even delicious, cold, for breakfast as the flavors intensified slightly but in a mellow way. Not a harsh cabbage dish at all and one that I’ll be making again very soon. 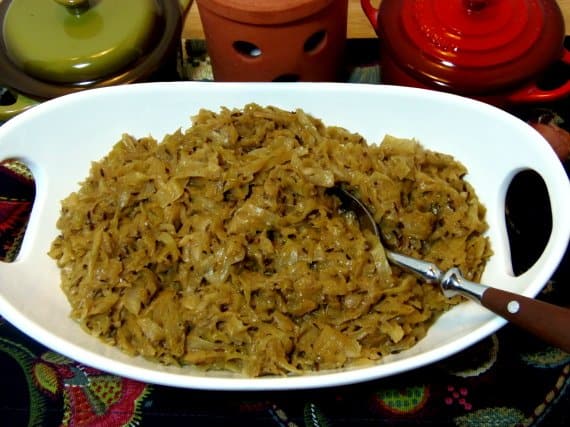 Until we eat again, be happy, be healthy!