The breading on these cracker coated pork chops is utterly delicious! After all, how can you go wrong with pretzel crackers and bacon?

What do you do when you have leftover pretzel crackers (you know the ones; pretzel on one side and cracker on the other) in the pantry, you’ve cooked the entire package of bacon but only needed half of it, and you have pork chops thawing for dinner?

You make these Bacon and Pretzel Cracker Coated Pork Chops. That’s what.

If necessity is the mother of invention, then leftovers are surly the stepmother!!

If you’re wondering why I had more than half a box of pretzel crackers leftover in the pantry, it’s because I had used only 8 of them as headstones for these creepy Halloween inspired Twice Baked Potato Graves.

Luckily I’d put the crackers away before I snacked on way too many of them as I was putting the potatoes together. I’m actually surprised that nobody else in my family had noticed the pretzel crackers in the pantry. If they had, I never would have come up with this delicious pork chop breading.

The extra bacon I had is because I’d recently made some German Potato salad. Since I was frying bacon anyway, I decided to make more than I needed and keep the extra in the fridge to add to something…anything…at a later date. After all, everything’s better with bacon. 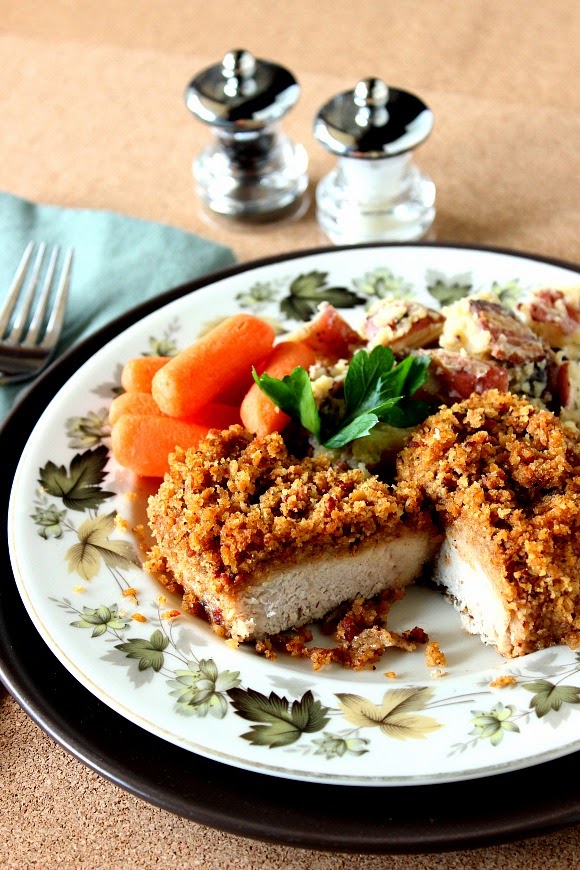 The day I’d taken the pork chops out of the freezer to thaw is the same day I thought about the cooked bacon that was waiting for me in the fridge and the opened box of pretzel crackers.

After all, it was only a matter of time before somebody got to them before I did and once I have an idea in mind for a recipe, I’m quite possessed.

Now I’m not suggesting that you buy a box of crackers specifically for this recipe, or fry up bacon just to bread pork chops. But what I am suggesting you do is the next time you fry bacon, fry a little extra and stick it in the freezer.

And the next time you have a half opened box of pretzel crackers (or plain pretzels, or plain crackers), whirl them up in a food processor along with the cooked bacon, and then bread some pork chops with it.

I promise you won’t be disappointed! 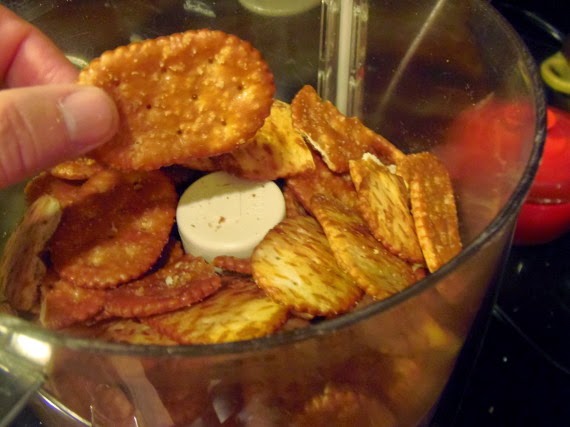 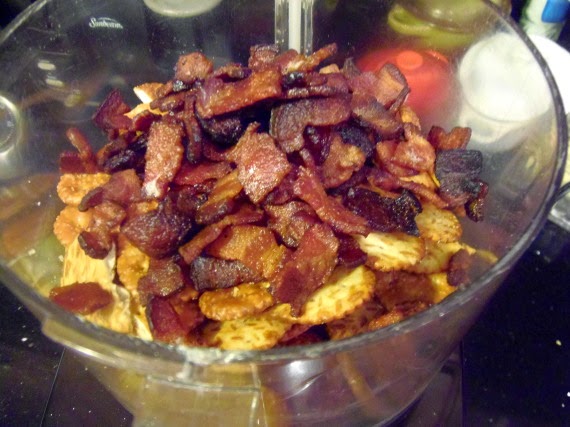 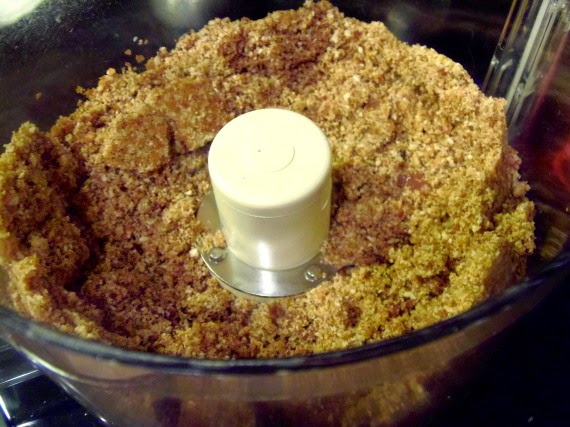 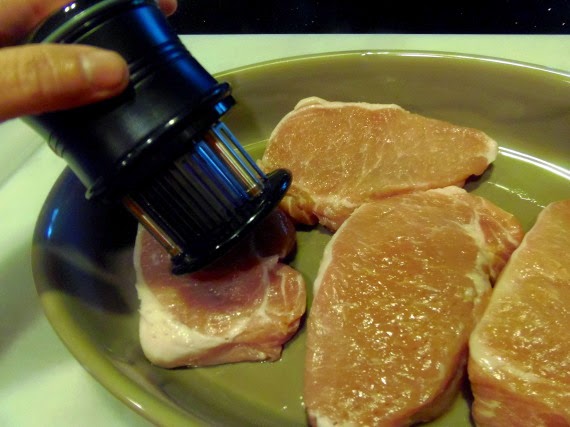 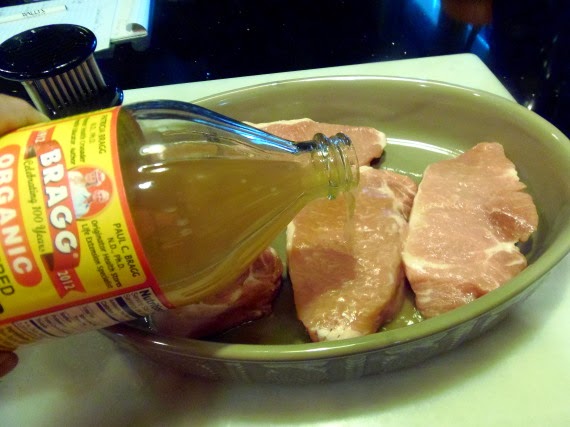 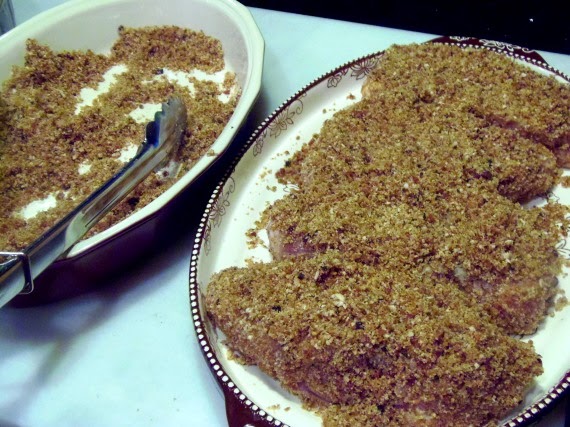 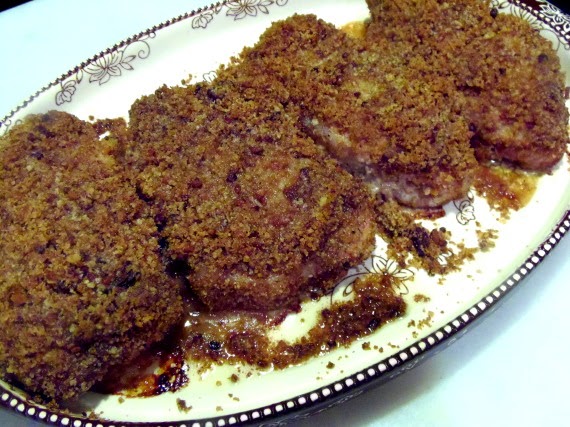 -Place the chops into a shallow dish. Pierce the chops with a paring knife or marinating tool and pour the apple cider vinegar over each chop. Turn to coat. Allow the chops to sit in the apple cider vinegar for 30 minutes.
-Meanwhile, pulse the pretzel crackers and cooked bacon in a food processor until crumbs are formed. Place the crumbs into a shallow dish. Set aside.
-Preheat oven to 350 degrees.
-Season the marinated chops with pepper and place them into the crumbs pressing to adhere the crumbs to the chop. Flip the chops over to coat both sides liberally with the crumbs.
-Place the coated chops onto a baking sheet and drizzle each with a little olive oil.
-Place the chops into a preheated oven and cook for approximately 40 minutes or until the middle of the chops are no longer pink.
-Serve and enjoy! 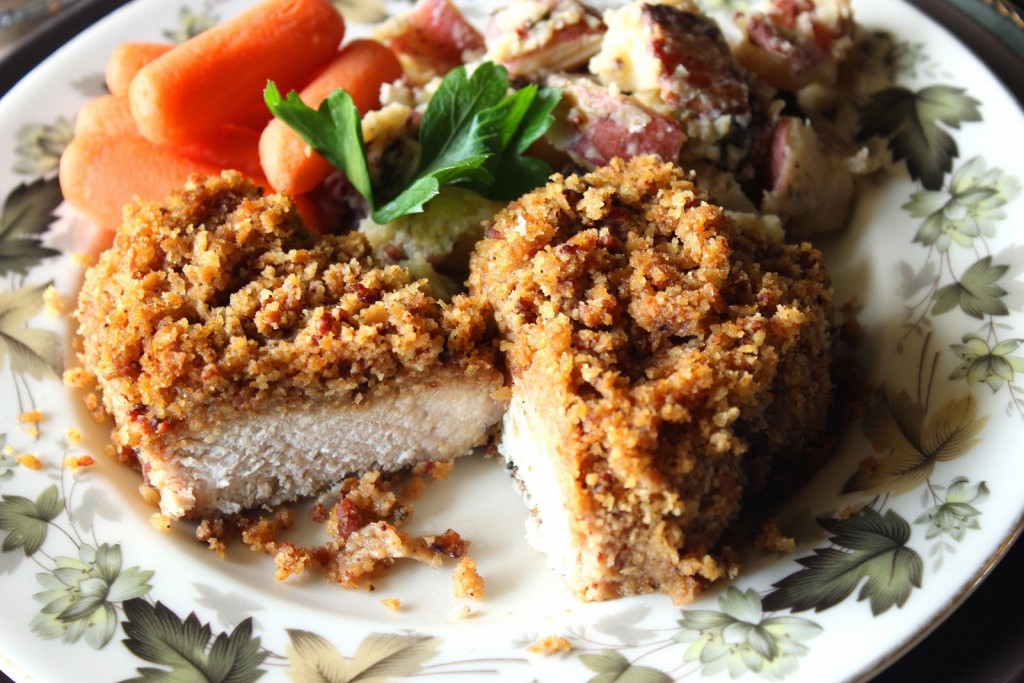 Are you a pork lover like I am? If so, I have all sorts of other yummy recipes you might enjoy… 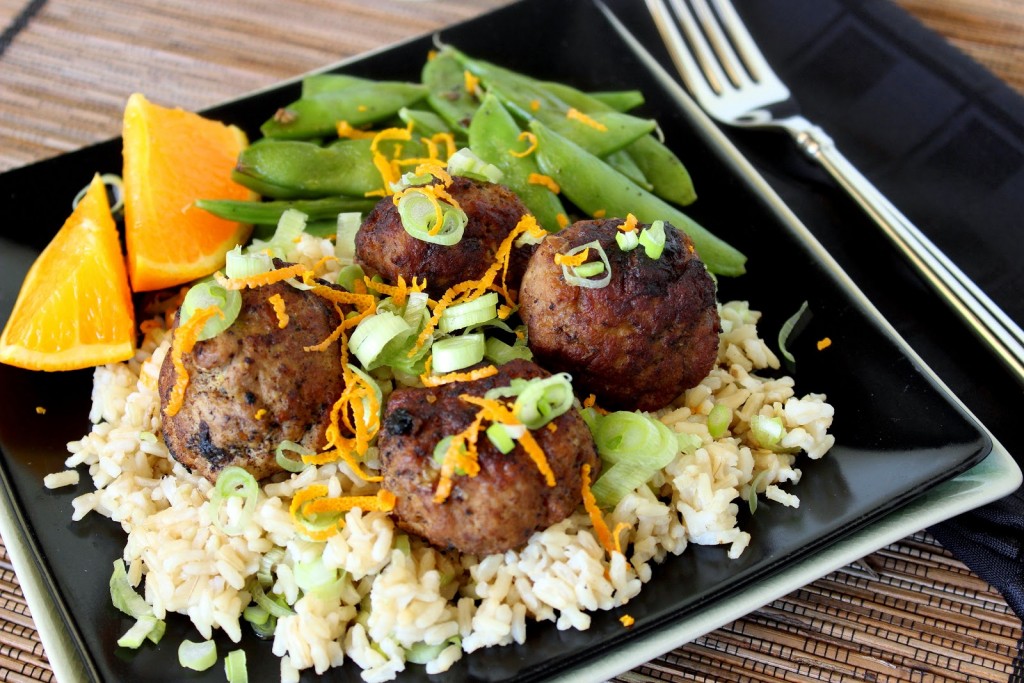 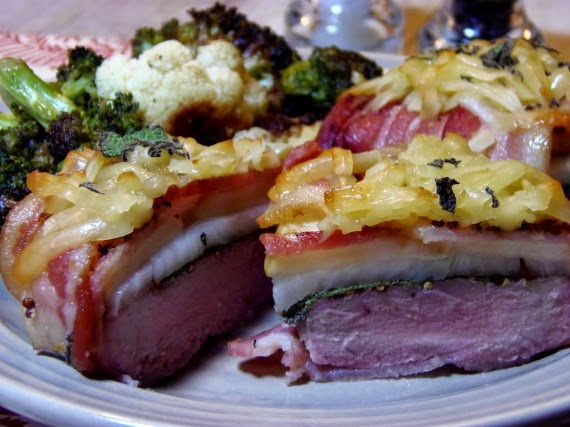 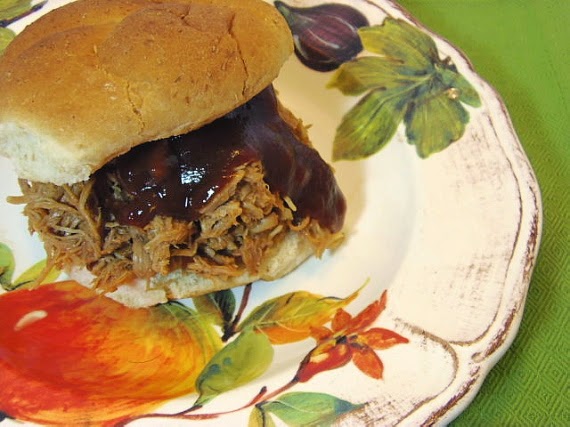 Gingered Pork with Orange Sauce for the Slow Cooker:

I love piggies too (which is why I own two Boston terriers). I think they’re the most like pigs, without actually owning a pig. LOL. Just kidding…kind of.

This is a custom wine glass I was asked to paint a few years ago. I’m not sure about the story behind the glass itself but the client wanted the flying pig and the Delta airline logo. I don’t ask, I just paint. HaHa!

Kudos Kitchen by Renée ~ Where food, art, and fun collide on a regular basis!
Until we eat again,

Pretzel coated, what a great idea! I love the crunch and saltiness they have to offer.

First - Pork is my "go to" meat. I will choose it over any other meat on the planet. Second - Pretzels are one of my FAVORITE things EVER Third: Bacon. I want to mainline bacon. You combined the three and now you're my favorite person ever ever ever!

I love the idea of coating pork chops with pretzel crackers. Sounds tasty!

Sometimes the best things come from just pulling from what you have! Looks delicious!

I would definitely have to walk in from the store w/ the pretzel crackers and make it right away because those things don't last in this house. They are my husband's faves. Maybe I can convince him to save some if I promise him these yummy pork chops!